Why We Write When The World Is On Fire

We’ve all heard the saying or seen the bumper sticker, “Make Art, Not War.” But when war is literally all around us, is it already too late? And by “war” I mean not only the military wars in Afghanistan and so many other geopolitical regions, but also war on the environment, immigrants, women, people of color, civil liberties—the list is long. What can our poems, short stories, or novels do in the face of such overwhelming political circumstances? In challenging times, should we be doing something more than making art?

Of course, there are so many extraordinary examples of literature working on the world beyond the field of letters. I am reminded of Rachel Carson’s book Silent Spring, which is credited with starting the environmental movement in the 1960s. Or Claudia Rankine’s Citizen, held in the hands of a Black woman sitting behind then Presidential nominee Trump on the campaign trail. Images of the woman reading circulated online as a heartening sign of protest.

Yes, our creative writing can be a rallying cry. It can break silences, provide solace, and raise consciousness. But will it? Certainly there is no guarantee that the work we make will spark a movement or change anyone’s mind. And even if it does, is that enough? After all, as poet John Murillo has said, “Poetry can't stop a bullet.” In other words, when we’re under fire, it isn’t our literary effort that will save us. So—why do it? Why write? In particular, why write about politics in our creative works?

Here’s where it seems right to ask, if not for the world, what can writing do for the writer? I’ll answer that with my own experience.

It was 2013, three years after the publication of my first book. It had been well received and reached the bestseller list of small presses. One reviewer called it a work of radical ecopoetics, and I thought that was about right. In the book I’d submerged deeply into language as a system that could not only represent, but be the things I wanted to represent, a way of decentering the speaking “I” in order to foreground a broader, collective experience. Instead of a first person or third person perspective, I made a landscape of nouns within which mostly unnamed people operated. I had hoped that this act of making a creative work that enacted the interconnection of sentient beings could somehow effect a paradigm shift for those who read it: an immersion in experience that would help the reader to be more present, to pay better attention to the multifaceted world and, as a result, treat it with better care.

It was a lot to ask, perhaps, but the response from readers gave me hope. Even many reviewers understood what I was after. I was elated! Certainly I didn't think that my little book would stop an oil pipeline or halt fracking, but maybe, somewhere deep inside me, I did. Of course, not only did these situations continue, but they became all the more urgent. Mass incarceration was on the rise. Privatization of education and wealth, subsidies for dirty energy, and the gutting of the social safety net were all escalating dangerously. Could I still write if what I would write might not do anything to change these dire circumstances?

This was the question that was on my mind when my writing life dictated that I should be starting a new project. Easy enough to say, but I was in such a quandary about the world that I couldn’t write. I have learned that when I’m in that state of mind, it’s best for me to put down the pen and pick up another writer’s work instead. I found that the writing I most wanted to read all considered, even in the smallest ways, the political circumstances that surrounded the characters’ lives. I could not get enough of writers like Claudia Rankine, Chimamanda Ngozie Adichie, and Teju Cole. In fact, to my mind, there weren’t enough of these books, though it is likely my lack that I didn’t find them. To be sure, there are many great novels that skillfully and movingly relate how the personal is political, and these I love. I realized, though, that it was more that I wanted. What I wanted, no, needed these books to engage with was how to take the political personally.

Then I remembered Toni Morrison's famous dictum: “If there’s a book that you want to read, but it hasn’t been written yet, then you must write it.” So I began writing again, and lo and behold a novel took shape. I’ve been calling it “an autofiction set in late capitalism.” As the autofiction classification indicates, this is a book in which I have placed the details of my life squarely—if aesthetically and narratively manipulated—at the center of the story as the lead character struggles with how to live in such pressing times. What should a person do with her days while our forests are burning, our resources are being exploited, and our brothers and sisters are being gunned down in the streets? How can one live her politics and not go mad? These questions were not only what I wanted to read about, but they were what I wanted answers for. And so I have been writing a book to find them. In this process I am finding still more questions, but occasionally enough, I stumble upon, if not answers, insight.

The novel is still in revision so I haven’t yet discovered its place in the world, though I do feel confident enough that it will have one beyond my computer. Will it topple the war machine when it does? Doubtful. Could it inspire even some of its readers to take action as creative, political beings in a system that considers them, at best, data, and at worst, to borrow Kathy Fish’s word, targets? Should this even be the book’s purpose? I’m not so sure, but I can say that in writing it I have found my way back to mine.

Catch Cara in action at Grub next Saturday, November 4th in her one-day seminar, Writing About Politics! 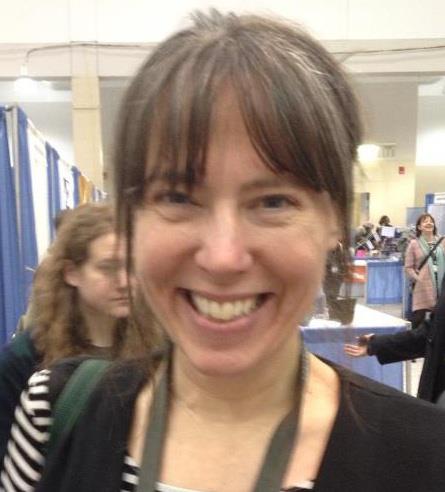 Cara Benson is an award winning writer whose stories, poems, book reviews, and essays have been published in The New York Times, Boston Review, Best American Poetry, The Brooklyn Rail, Identity Theory, Fence, Electric Literature, Hobart, Vol. 1 Brooklyn, 3:AM, and in syndication. She has received a New York Foundation for the Arts Fellowship in Literature and is in revision on her second book, a novel. Of her first book the Huffington Post writes: “Benson does more with the two-word sentence than many poets do in two stanzas or even two poems, largely because it would be difficult to find even a single wasted word." Cara lives in the unceded homelands of the Stockbridge Munsee Band of Mohicans. Her online home is: carabensonwriter.com.

See other articles by Cara Benson