The Writing Rules That Were Made to Be Broken: Kill Your Darlings

There's a distinctly rebellious air about the Muse and the Marketplace Conference this year. Come April 6-8 at Boston's Park Plaza, #Muse18 presenters will be letting loose on the writing rules that have held our manuscripts hostage for far too long. To kick off the conversation ahead of the Muse weekend, this year's Muse series explores the writing, publishing, and workshop rules, conventions, and accepted norms that authors, agents, and editors at the Muse love to hate—and why they'd love to see them broken. Some presenters will also offer their own rules or conventions that they want to see adopted in writing and publishing spaces. This installment comes from Laura van den Berg, author of Find Me, and Ron MacLean, author of Headlong. Laura will be leading the Muse session The Blazing Thing: On Imagination in Fiction, and Ron will lead Your First 100 Words: Grounding Readers in Your Fiction (full!).

You Have to Kill Your Darlings.

Now there’s a workshop rule I’d heard, internalized, and then parroted many times over—until I came across this revision advice from Elisa Gabbert (you can find the full quote here): “Keep your best line (or image or idea) and trash the rest . . . I guess the idea is that if you love something you can’t be objective about it. But I often find that I’m trying to make a poem work just so I can save the part I like best, and nothing but that part is really successful. Is a poem with no good parts better than a poem with only one good part that isn’t earned? No! Kill the crap I say and save your darling.”

Have I ever clung to narrative elements—a character, a subplot, a weird detail—for way too long, despite the urgings of others? Hell yeah. But I was not holding onto them because they were darlings, even though I might have told myself they were the moment. Rather they were duds temporarily disguised as darlings, and once I realized I was holding onto these elements because I was scared or unsure or was being imaginatively lazy, I cut those duds and didn’t look back.

But every so often I do come across a true darling. It will be a jarring and ungainly presence on the page at first—what on earth are you doing here? I will ask every time I come across it, as will everyone else who reads a draft. And yet! Every time I come across the darling I don’t feel dullness and dread, as I do with the duds. Rather I feel the spark. Recently I’ve become narratively lovelorn for a marzipan lamb. Who can explain such things? Perhaps we can’t be objective about what we love, but is writing objectively the aim? For me, I do my best work when I’m writing from a place that is a little off-balance, a little deranged—when I’m writing towards what feels and intuitively necessary, even if I don’t yet understand why.

I don’t think darlings come along that often (I get maybe one or two a year), but recognizing the presence of one means I am willing to re-order the universe of the story or novel to give it life, even if that means trashing the rest.

“If that moment [image, scene, paragraph] is not serving a purpose, cut it.”

I hear this a lot in . And I respect where it comes from. But, it often does a disservice: we push each other to pull the plug too quickly on .

This stems in part from our tendency to read any draft as though it were final, with the attendant expectation that everything will add up, pay off, resonate: no extraneous elements to distract from the story’s central journey. We do need to get there. But not every draft is a finished story, or even on that finalizing trajectory.

There’s a world of difference between an early-stage draft and a late-stage draft, and that’s why I advocate for writers to hold tight to the orphan moments that no one yet understands—if there’s a rumbling in the writer’s gut that there’s something in those orphans, and if the writer is still in early-stage drafts.

There are two distinct parts of the story-writing experience: risk-taking exploration (divergence), and focus (convergence). There’s something to be said for a workshop that distinguishes how it reads drafts based on where the writer is in this process. Because a story that’s still finding itself will benefit more from that celebrates and opens up possibilities than it does from that (prematurely) prunes pages down to what is as yet a half-discovered core experience.

The feedback that such moments “aren’t working” simply means readers don’t yet understand or sense how such moments connect to the story’s center. And that can mean one of two things. It might mean that the moment needs to be excised in service to tighter and more resonant focus. But it might also mean that the writer simply hasn’t yet found the mechanism—the word, sentence, or placemen—which will make that moment come alive.

The cost of cutting these orphans in early drafts is that writers cut off exploration and risk-taking before fully imagining the character’s world; that results in stories that feel cloistered—starved for wonder, surprise, delight.

Trusting the intuition to hang onto a moment you can’t yet explain may result in a shrug and a line-edit a few drafts later. But it also—more often than you might think—will result the moment that lifts a story above the ordinary into the just-right space that captures the best—unexpected—moments of lived experience.

Laura van den Berg is the author of the novel Find Me, a TimeOut New York and NPR "Best Book of 2015," and two story collections, What the World Will Look Like When All the Water Leaves Us and The Isle of Youth, both finalists for the Frank O'Connor International Short Story Award. Her next novel, The Third Hotel, is forthcoming in 2018. Her honors include the Bard Fiction Prize, the Rosenthal Family Foundation Award from the American Academy of Arts and Letters, a Pushcart Prize, an O. Henry Award, and fellowships from the MacDowell Colony and the Civitella Ranieri Foundation. Her fiction has been anthologized in The Best American Short Stories, and her criticism has recently appeared in The New York Times Book Review and BOMB. Born and raised in Florida, Laura currently lives in Cambridge, MA, where she is a Briggs-Copeland Lecturer in Fiction at Harvard University. She also teaches in the M.F.A. Program for Writers at Warren Wilson College.

Ron MacLean is the author of the novels Headlong and Blue Winnetka Skies, and the story collection Why the Long Face?. His fiction has appeared in GQ, Narrative, Fiction International, Best Online Fiction, and elsewhere. He is a recipient of the Frederick Exley Award for Short Fiction and a multiple Pushcart Prize nominee. He holds a Doctor of Arts from the University at Albany, SUNY, and teaches at GrubStreet. 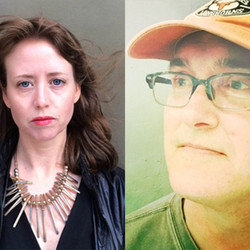