New GrubStreet instructor Shubha Sunder reflects about the value of workshop, and how it's complemented by the solitude of the writing process. Catch Shubha in the classroom teaching Fiction II starting January 12th.

As I prepare to conduct my first creative writing class at GrubStreet I find myself confronting an old dread. Soon I will be leading a workshop, the model of teaching that Flannery O’Connor, in her essay “The Nature and Aim of Fiction,” declared to be “generally composed in equal parts of ignorance, flattery, and spite. It is the blind leading the blind, and it can be dangerous.” O’Connor’s curmudgeonly characterization will be insulting to workshop enthusiasts, but she is right about the danger of relying on the feedback of colleagues to direct one’s own writing. Having benefitted from some workshops and been scarred by others, I want first as an instructor to do no harm. I plan to discuss some craft pointers, share the works of those authors I consider my gurus, and help my students find and articulate their own visions for their stories. All this can be accomplished in a workshop setting. But I cannot ignore my apprehensions about the setting itself.

To me, the real danger is when a writer, unable to distinguish between good feedback and bad, feels obliged to write in a way to please others. The inner voices get muddled with the voices of outsiders, and the spark of the story, the thing that matters most to the writer, that might still be too unformed for her and others to see clearly, can instead of being searched out and fanned into a blaze, be smothered by the confident, well-intentioned demands of her colleagues. I’ve received plenty of discerning feedback on my writing, but I’ve also had to learn to ignore a lot of crap from my peers, and in some cases from the instructor. Crap about how my writing reminded them of Jhumpa Lahiri—perhaps the only other Indian woman writer they were familiar with. Crap about my characters not being likeable enough, or about their world needing to be explained more. Crap that, if I were to take it seriously, would make all the integrity drop out of my writing and turn it into pedantic prose meant to educate a white American audience about a foreign culture and society.

The best workshops I’ve been in were those led by instructors who were able to see further into my story than I myself could at the time, and offered critique based not on arbitrary rules but on those the story itself had articulated, or attempted to. All of these instructors, unsurprisingly, were veteran writers, meaning that they had spent thousands of hours revising, reading, and reflecting. I know that when I graduated from my MFA program my instinct was not to get out there and teach but rather to hunker down and write and read as much as I could. I felt I knew nothing, that I had only begun to grasp the enormity of the task of making a contribution to literature. My mentor validated my instincts by telling me to stay away from all teaching positions and pump gas for a day job. I needed no further convincing. Having been a high school math and science teacher for six years I was more than a little familiar with how enervating the classroom life can be. But most importantly, as I was struggling to find the heart of my own first novel, I felt ill equipped to advise other writers about their own exploratory drafts. So I retreated for four years into a cave, determined to write a book, one that pleased me, before claiming to have any expertise teaching writing.

Five or six days a week, from nine in the morning until late afternoon, I stayed in my cave. For balance and money I ventured out in the evenings to teach individual students Algebra II and AP Physics, things that, unlike fiction, have rules and correct answers and pay top dollar to tutor. In the cave I had no choice but to develop an invaluable writer’s skill: get used to feeling like an idiot. I used to be that annoying student with her hand always raised, ready with the answer; now I sat alone, in silence, wearing an imaginary dunce cap, facing the blank page or, worse, my own bad sentences. Through the window I watched the leaves fall, grow back, and fall again. After three years of groping in the dark, the novel finally started to come together. Along the way I published short stories, won prizes, and signed with an agent. I dared take off my dunce cap now and then. At a lecture this past summer, I heard Patricia Hempl say: “Solitude is not at the heart of writing, it is the heart.” Yes, I thought. Writing is solitude, not workshop. Sometimes what you need is to just sit with your bad draft, dunce cap on, waiting in silence, until the heart reveals itself to you.

At other times it can be helpful to listen to voices other than your own. I hope that as a workshop instructor I can be a helpful outside voice, informed by my years of reading and writing. My aim is to understand each story on its own terms and not put words in the writer’s mouth. I am confident that for many students I can do what O’Connor said a good teacher should be able to do: say what’s working in the story and why it’s working, as well as what’s not working and why it’s not working, the why being very important. But I also know that I am fully capable of misunderstanding a story’s vision, that I might say things that the writer will do best to ignore. I shall remind my students on the first day of class that as writers they will be traveling between workshop and the cave. Listen to everything that is said in workshop, then retreat to solitude, the heart of writing, and follow your own voice. 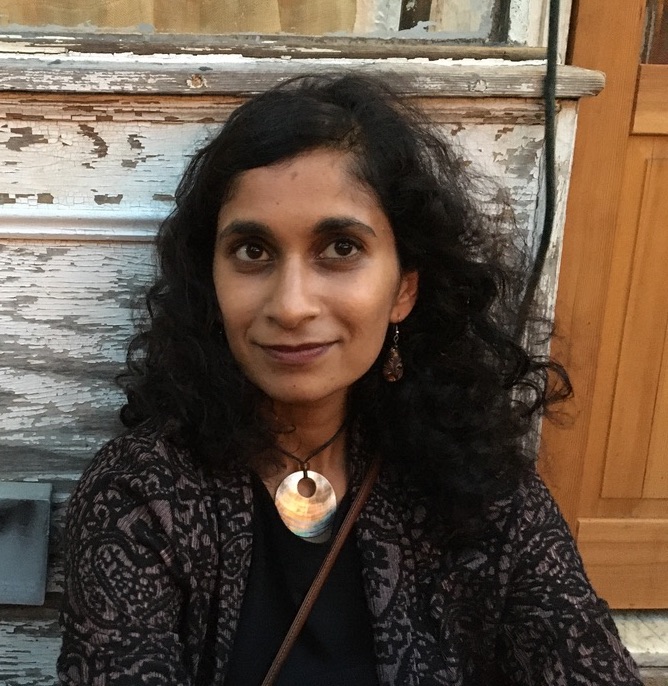 Shubha Sunder's debut short story collection, Boomtown Girl, won the St. Lawrence Book Award and is forthcoming from Black Lawrence Press. She has published stories and essays in New Letters, The Common, Narrative Magazine, Michigan Quarterly Review, Catapult, Crazyhorse, and elsewhere. Her fiction has received honorable mention in The Best American Short Stories, won the Crazyhorse Fiction Prize and Narrative "30 Below," and been shortlisted for The Flannery O’Connor Award, The Hudson Prize, and The New American Fiction Prize. She is a recipient of the Massachusetts Cultural Council Fellowship and the City of Boston Artist Fellowship. She teaches creative writing at GrubStreet and at Massachusetts College of Art and Design.

See other articles by Shubha Sunder