"Memory in the memoir is a frenemy": Imagination & Reality with Daphne Strassmann

Though Muse and the Marketplace 2020 was sadly cancelled, we still want to share blog posts that presenters wrote about our conference theme “Imagination and Reality.” In this blog series we asked presenters to explore the boundaries between fact and imagination, and how each contributes to great writing. Here, authors have selected a passage from their own work, highlighting in green which elements came roughly from their direct experience, memory, or fact; while highlighting in blue which elements came from their imagination or speculation. In this post, Daphne Strassmann shares an excerpt from her writing and explains why "memory in the memoir is a frenemy."

Andrea, our trabajadora, had green cat eyes, a hawk nose, hair dyed the color of new pennies, and skin that remembered acne. She had a little boy with a name that sounded like misspelled American, who she wanted us to meet.  Ahead of his visit, she showed me a black and white portrait.

“Hydrocephalic.” She answered a question I wouldn’t dare to ask. I studied his eyes, trying not to look at the enormous head resting on his mother’s arms. Like most pictures before we were all made to shout “cheese,” neither one of them smiled. On the way from the capital to the urbanización where we lived, I saw children with parts of their bodies bulging in ways they shouldn’t. Distended bellies, lumps on limbs, one or two bulging feet, but I had never seen a head like Andrea’s boy had. I wished that she’d leave the picture behind so I could gawk at her son freely without the inconvenience of good manners.

The boy visited wearing a starched guayabera, with a proper camisilla underneath it, dress trousers, and black dress shoes; he was a three-year-old dressed as a man. A year later, he would be buried in the same outfit. I sat across from him on the vinyl-covered furniture in our living room. He behaved perfectly like the children my mother and aunts told me to be —with buena educación.

I must have asked him his name or his age; things I already knew. I held my breath for moments at a time and busied myself feeling the texture of holes in the cushions. The stereo still had the Santana 8-track stuck in the slot, and I thought about getting up to give it another shot at freedom. My thoughts competed for focus. I could narrate the scene like someone spying into our living room: two children, one of us squirming, leaning against the furniture, and the other one serene and motionless, like a small statue. We stayed like this for a long time. He looked around our living room, his arms folded on this lap, holding his sweet little index finger with the opposite hand.  I was afraid to play with him, fearful that if I made him laugh too hard or cry even, I would make his head burst. So scared to kill him, I kept staring at him instead.

A memoir is a true story. Memoirists create narratives out of extraordinary or typical existences but steady their words with skeletons of truth. It’s how you build trust with your reader – it’s the not-so-secret handshake.

Memory in the memoir is a frenemy. It will hinder, and it will help. Some memories from this passage showed up vividly while other ones arrived blurry, tired, and disconnected like a hangover from a four-day migraine.  Other times, the memories flooded me in Spanglish in a world that demands English. I had to connect, crochet, mend, and weave the story together, but it’s all true.

Andrea, her son, and his condition were real. My shame about that day is still palpable today. To the reader, I said, “I must have asked him,” as a truthful way to say I didn’t remember well. Yet, I remember the boy’s outfit, the gray weave pattern of his pants, and the crispness of his little shirt, just as if I were seeing them now when I time-travel to summon the past.  I fixated on his clothes, the room, and my mortification, I believe, so I wouldn’t just glare at his abnormal head. If the memoirist’s devotion is to the narrative, then the obligation to the reader is to work from reality. What I remembered from that afternoon in 1975, including the crevices between fact and imagination, still make up the whole truth.  I wrote what I lived. I wrote what I saw.

Daphne Strassmann is a memoirist. Her work has appeared in Creative NonFiction, GrubWrites, Tex{t}Mex, and textbooks. She is a recent member of the Macondo Foundation.
She writes about the intangible spaces between her Latino heritage and her American life. She focuses on personal narrative and memoir because the personal is what she avoided when she wrote fiction. She gave in to memoir and concentrated on writing and studying it for an MFA from Lesley University. The more complicated the subject matter, the more she is moved to find how to explore it in writing. Working with tough subjects is at the center of the creative nonfiction courses she teaches at GrubStreet. Daphne teaches English in several Boston universities and is writing a collection of essays in Spanglish, which feels true to both her experiences and her narrative voice.
Trying her best to follow her advice, she’s working on a memoir about growing up between the US and the Dominican Republic. For more, go to www.daphnestrassmann.com. 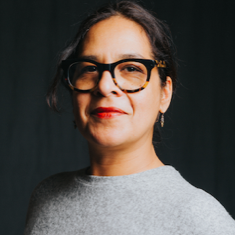 Daphne Santana Strassmann is Memoirist. She writes about the intangible spaces between her Latino heritage and her American life.  She’s passionate about memoir as craft and its relationship to memory, especially in the digital age.  As an academic, she teaches bright first-year college students, and buddying memoirists in several Boston universities. Her work has been featured in Creative NonFiction, Grub Writes, Tex{t}Mex, and several textbooks. Daphne runs generative writing seminars every month in different locations in the Boston area, she leads a group of memoirists at MIT, and she coaches organizations with big-scale writing projects. Creating physical and metaphorical spaces where writers can engage or re-engage with their process is a big part of what inspires and motivates her teaching.  .

See other articles by Daphne Santana-Strassmann 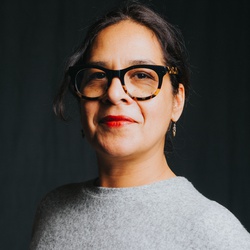