“Be Patient with the Process”: Interview with Memoir Incubator Alum Michelle Bowdler About Her Book IS RAPE A CRIME?

Grubbie Kristen Paulson-Nguyen interviews fellow Memoir Incubator alum Michelle Bowdler about her memoir Is Rape a Crime? A Memoir, an Investigation, and a Manifesto, which was recently longlisted for the National Book Award for Nonfiction.

Michelle Bowdler and I met in the 2016–2017 Memoir Incubator and became friends at a Patti Smith concert. Just three years later—overnight for the genre—Flatiron Books published Is Rape a Crime? A Memoir, an Investigation, and a Manifesto. The memoir of her sexual assault and its impact is the catalyst for the investigation, which places the event in the larger context of the ongoing minimization of rape, a felony crime. The manifesto calls for law enforcement to be held accountable to investigate crimes of rape.

Since its publication, the memoir has been longlisted for the National Book Award for Nonfiction, received starred reviews from Publishers Weekly and Shelf Awareness, and has been praised by Kirkus, BookPage, The Boston Globe, and many others. In its article about the National Book Awards Longlist, The New Yorker called the book, “a damning examination of the justice system’s failures to investigate and prosecute sexual assaults.”

You can learn more about and purchase the book here.

Kristen Paulson-Nguyen: Why did you choose the Memoir Incubator? What was it like to return to writing after 20 years? How does it feel to have fulfilled your dream of publication?

Michelle Bowdler: I had started working on a memoir about five years before joining the Memoir Incubator. It was a series of essays looking at trauma and resilience and had a braided structure. It was a way to get back to writing and work to understand how and why I was able to move on with my life, although not without extended challenges. A friend of mine told me about GrubStreet. We went to one evening seminar together about essay writing, and months later she sent me the Memoir Incubator class info and wrote one word in her email: APPLY. So, I did and got in. As to how it feels – unreal and very humbling. I was an English and American Literature major in college and had a job as an assistant editor at a magazine before I was attacked. Soon after, I moved from apartment to apartment and job to job until my life stabilized. Eventually, I went to graduate school in public health at Harvard. The creative side of me disappeared for decades; I guess it was just lying dormant. To have taken it back and published feels validating and utterly amazing.

KPN: How did you stay focused on the manuscript in progress? Where did you find support and guidance?

MB: Our Memoir Incubator class stayed together as a writing group for a couple of years and used what Alex Marzano-Lesnevich taught us to continue. We had a strict submission schedule, gave positive feedback first before talking about ways to improve the pieces, and kept to our deadlines. I also applied to residencies, submitted essays, and attended GrubStreet’s The Muse & the Marketplace and other conferences to stay focused.

KPN: Your book was published July 28, 2020. In what ways have you since contributed to the ideals you express in Is Rape a Crime? How has becoming an author allowed you to give back?

MB: I have started to hear from readers that the book felt validating of their experiences, specifically the ways in which rape victims can feel like the prolonged impact is their fault or their failing, rather than a normal response to an abnormal event. I have been asked to read and edit essays and always find the time, referred people to advocacy groups and non-profits and started a scholarship at Grub for non-binary, gender non-conforming and transgender writers. I feel so strongly that too many voices have been silenced and we all benefit when diverse voices are heard.

KPN: You recently read an excerpt from Virginia Woolf’s A Room of One’s Own when you were a guest on Mitzi Rapkin’s podcast First Draft: A Dialogue on Writing. Can you talk about what that concept means to you?

MB: I related so much to the concept of Shakespeare’s sister, a voice and a writer who is never heard from because society is such that she does not have a chance to pursue her craft and have her work valued let alone the money, space and time. I love that Virginia Woolf could name that in the period she lived in and it resonates still. I used to have a handwritten sign in my bedroom that said, “A Room of One’s Own,” and I cherished the naming of that space as uniquely mine. As I said earlier, I believe all of us, no matter where our privilege lies – race, gender, gender identity and expression – should prioritize the ways we can promote and amplify historically marginalized voices.

KPN: How has the Memoir Incubator alumni community transformed since you attended? What are your hopes for MI alumni?

MB: It has been thrilling to be part of and to watch alums publish, attend numerous residencies, have editing positions in literary magazines, blogs in major publications, go on to get their MFAs, present at writing conferences, and more. Six alumni teach at GrubStreet. Four-time VCCA Fellow E. Dolores Johnson was elected to the board of VCCA in June. Alumni continue to support one another in so many ways – sending essays to each other for feedback, reading MI applications, speaking to current MI classes about our experiences, reading published books and reviewing them and amplifying them on social media and attending book events, to name just a few. During the pandemic, Alysia Abbott launched a virtual writing café which has been very successful in bringing alumni and current students together to write and share their experiences. Two years ago, several alums of the MI, with Abbott, began Tell-All, the only live, creative nonfiction series in Boston. Readers have played to full houses and have included Maya Shanbhag Lang, Joan Wickersham, Mira Lee, William Dameron and many alumni and Grub instructors. Marzano-Lesnevich shared an early draft of their Harper’s essay, Body Language. The essay was later chosen for inclusion in The Best American Essays 2020.

MB: Be patient with the process. You are building an audience and it takes some time and hard work. Mostly you will find an abundance of generosity from those whom you have cheered on and built relationships with. Kindness and efforts on other’s behalf is always appreciated. I have gotten support from mentors, writers whose work I admire and friends and family. Try to remember, also, that while your memoir is personal to an extent, it is also a crafted piece of writing. Not everyone likes every book they read, and they now feel free to say so on social media, Goodreads, and other sites. Titrate your need to get immediate feedback and take time to enjoy this singular moment. You will never again launch your FIRST book. Enjoy the first time someone calls you an author or asks if they can have their book signed.

I also highly recommend being part of a launch group, if you can. There were four of us who had our books being launched within weeks/months of one another. You wrote a proposal accepted by Lit Crawl Boston that included everyone in the launch group and we started to meet monthly. And you and I had also started a document called “How to Champion Memoir Incubator Books,” and we passed it to our co-launch group members for some added ideas. This group helped all of us not to feel so alone, have our worries and anxieties validated and share some great ideas with one another on publicity, marketing and mentally preparing for the launch itself. It was wonderful to have support at a time when one feels so vulnerable waiting for their book to come out. What a thrill and how lucky are we to have such a strong community that has our backs.

KPN: I’ve heard you say a lot of people ask you about the title and why you chose it. Want to address that?

MB: The book addresses the title choice in the first two sentences. We pretend as a society that rape is somehow such a horrible crime and must be acknowledged as such. And yet, at every turn, it is minimized, cases are closed before there’s even been an investigation, evidence is shelved in warehouses across the country, victims are made to feel shame and blame if they manage to summon the strength to report the crime, and we allow those credibly accused of rape to have positions of great power and few consequences. If I may paraphrase a line from the book – what else is used as both an international weapon of war and a sure laugh at a comedy club? I find it so interesting that people wonder if the title is cheeky or meant to shock. I can tell you with certainty that rape victims wonder about this question for very legitimate reasons. The book uses research to show all the ways in which rape is not treated as a felony crime and the impact that has for those who have experienced it. The book also shows the power of political advocacy, as well as the ways in which love, joy, hope and optimism also informed my life and helped me create meaning after devastating trauma. 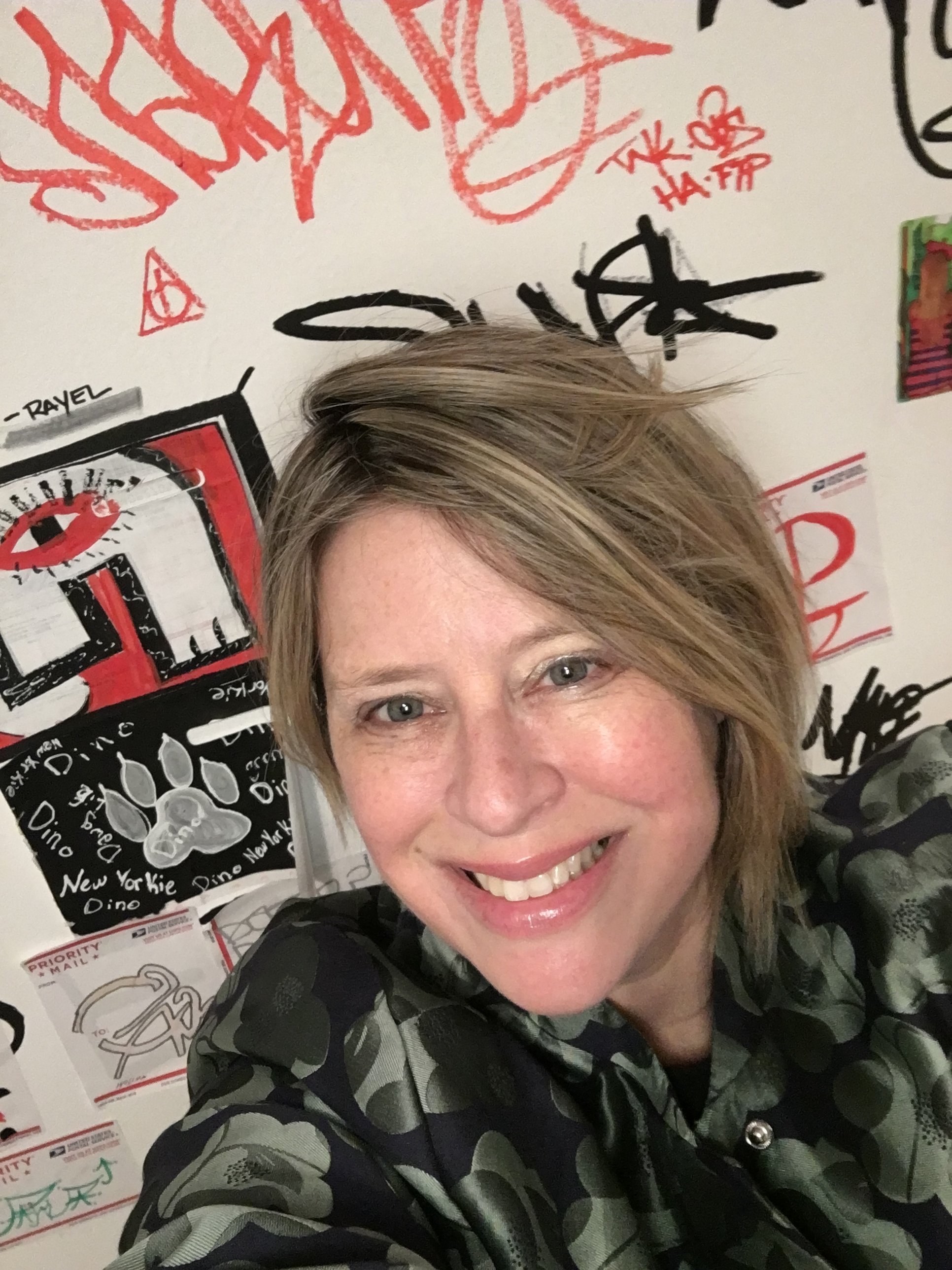 Kristen loves combining reportage with personal history to create new literary mashups. She is a graduate of GrubStreet's Memoir and Essay Incubators and has taught courses on the micro-flash form and the memoir proposal. She was a 2020 winner of micro-flash contest Boston in 100 Words. Her work has been published in the  Boston Globe

(where she was a singles columnist); New York Times; Creative Nonfiction; Flyway Journal of Writing & the Environment; and other outlets. She edits the Writing Life column for Hippocampus Magazine and is a conference speaker at HippoCamp. Through her service Title Doctor, she has titled 12 works of fiction, nonfiction, memoir, a craft book, and The Writer’s 2021 contest-winning essay. She is seeking representation for her memoir and to not embarrass her 12-year-old daughter with her mom dances. See other articles by Kristen Paulson-Nguyen 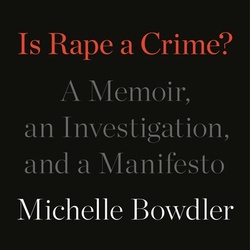