Getting An Agent Won’t Change Your Life

“I love these pages. This is exactly the type of novel I represent. Send it to me!”

The agent was saying all the things you dream an agent will say when you sign up for a Manuscript Mart appointment at GrubStreet’s Muse and the Marketplace conference–but my pulse, as I took this in, was unexpectedly regular. Oh, wow, I heard myself thinking, with quiet surprise. It doesn’t even matter.

Never had I imagined that I would react this way. What happened?

Since I was a child stapling together construction paper books, I had dreamed of becoming a published author. But it wasn’t until I was well into my career as a seventh-grade English teacher that I had a book-length manuscript that (I thought) was ready to start querying. Inspired by author Karen Day, who, during a visit to our school in 2013, unspooled a long, laminated roll of every rejection she’d received for her novel Tall Tales, I created a wall display in my classroom. “How’s Your Book Going, Ms. Wilfrid?” it said, with columns labeled “No,” “Maybe,” and “Yes!” Yes was for the longed-for, elusive offer of representation. Maybe was requests for the full manuscript; I received a handful of these, but invariably they joined the other responses under No. After a while, I had to get creative about how to staple increasingly more No’s to the same spot, which grew to four layers thick and fell below the bottom of my bulletin board.

My students liked to look through these, draping one layer over their heads like a tent so they could read what was underneath. They would point out the ones that had given me the news gently or even constructively, and they would express indignation about the form letters. (“Did she even read your book?!”)

Each fall, I introduced my students to the display, and I asked them, “Why do you think I put this here?”

All true, I would agree. But why here, in my classroom?

“So we’ll see it,” someone would finally realize.

From there, we would discuss what I hoped they would see from my public posting of my rejection letters. That writing is an ongoing process. That it takes courage to put your writing out there for judgment by others. That, for this reason, I admire when they share their writing with me.

Years went by this way. A few times I came close with a promising “Maybe,” but never the sought-after “Yes.” I dreamed about the day I would be able to staple it up there, the day I would be one huge step closer to my dream of holding my own, printed book in my hands. Anytime I might feel lost or gloomy or full of self-doubt, I could take that book off my shelf and remember: I was an author. How could I be unhappy ever again, if I could publish a book?

All I needed was an agent.

What ultimately happened was the experience that I’d heard so many authors describe, and which I had hoped to avoid: They gave up on their first book and wrote another one. After seven years, I shelved the project that had inspired the Rejection Wall. I repurposed one character from that novel; wrote a new draft; applied and was accepted into GrubStreet’s 2020 – 2021 Novel Incubator.

Then, in mid-March, as I was completing my final round of revisions before the program ended, I found out that one of my students had died.

He was a former student—a special one. He was my sulker, my interrupter, my I meant to do it, but… And he was the one who had shown me, over the course of his turbulent but ultimately triumphant seventh-grade year, what it means to be a teacher. To sweat for a student. To cheer inwardly for him when he shares his writing aloud. To cry for him. At the end of that year, my first year of teaching, he had come to my room on the last day of school and told me that he would miss me. Though he never knew it, he had made me a better writer, too: That first novel, the one I had labored over but which apparently wasn’t meant to be, had been inspired, in part, by him.

He had taken his life.

Two months later, I found myself in my classroom–the same room where I had once taught that boy–on the phone with the Manuscript Mart agent.

Last fall, a new group of students watched me staple my “yes” onto the wall. I asked them the same question I have always asked: “Why do I put these up here?”

I was caught off guard. Was that what it meant now? Now that the sought-after “yes” was finally there, did it undercut the most important part of the message? With such a clear triumph, suddenly there was so much less to say.

When I think of any meaning or wisdom I have gained in my life, I know that it wasn’t through achievements, but through struggles. The years of rejections that I earned for my first novel taught me what I needed in order to write my second one. The loss of my student taught me about myself as a teacher, a person, and a writer. And while I can’t wait to hold my book in my hands, I know now that it isn’t the paper, the publication, that changed me. It was the rejection, and the loss, that I struggled through, and that gave me the voice for the stories I want to tell.

Karen Wilfrid is a writer and seventh-grade English teacher. Her debut middle-grade novel, Just Lizzie, will be published by HarperCollins in Fall 2023. 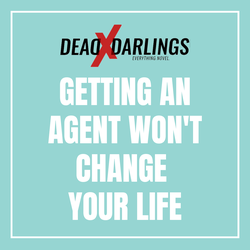 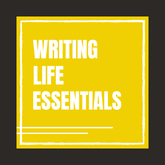