Every month, we celebrate successes of all stripes! This month, Grubbies were published in literary journals across the country, won awards and prizes, secured book deals, and so much more. Our community is closing January 2022 out with 36 publications, four awards and prizes, and two book deals! Let us celebrate you: submit your good news to GrubStreet’s Department of Congratulations.

Erika Koss’ three-part short essay series, "Tasting Notes," was published as part of #VQRTrueStory for the Virginia Quarterly Review. She is grateful that the Manuscript Mart at Muse 2021 helped to pave the way for this publication, and she thanks Instructor and Writing Coach Katie Bannon. Jeneva Stone's essay "Remaining Silent: The Facts" was listed as a "Notable Essay of 2020" in Best American Essays 2021. Peter Prokesch's short story "When Everything Begins to Die" was published in Hare's Paw Literary Journal. He thanks Instructor Elena Britos for the inspiration to try an epistolary story and the writers from the July 2019 “6 Weeks, 6 Stories” class. Instructor Ethan Gilsdorf’s essay "Blinded by the Light: Facing Childhood Trauma Led a Grown Son to Healing" was published in Oprah Daily and O Quarterly magazine. He thanks Christopher Castellani and his Essay Incubator students, who gave him the courage and inspiration to share his story.

Meredith Wilshere's poem “when the leaves shake and rattle” was published in Sylvia Magazine. Instructor Shubha Sunder's short story collection Boomtown Girl won the St. Lawrence Book Award and will be published by Black Lawrence Press in 2023. Jana Eisenstein’s book Ghosted: Dating & Other Paranormal Experiences will be released by Atmosphere Press on January 25th. She thanks the critique group she participated in through GrubStreet. Jane Kokernak's personal essay "This Will Be the Last Time" was published in Pangyrus. Parts of it originated in workshops taught by E.B. Bartels and Kelly Dalke, and E.B. consulted on the revision. Giulietta Nardone's book Feel More Alive: 30 Brilliant Ways To Reignite Your Inner Spark won the Nonfiction Cross-Genre Award for the 2021 Best Book Awards.

Rachel Barenbaum's second novel, Atomic Anna (out April 5th, 2022), received a *STARRED* review from both Kirkus and Publisher's Weekly. Kirkus wrote, "As ambitious as a Greek tragedy and just as lyrical and unflinching." Farah Habib's flash nonfiction piece "Patches" was published in Hippocampus Magazine. She is grateful to the Muse conference for introducing her to the genre. Kate Fussner signed a two-book deal with Katherine Tegen Books (HarperCollins) for her middle grade debut, O&E, a queer in-verse retelling of Orpheus and Eurydice starring two girls learning to love each other and themselves as they fight not to lose one another.

Jeffrey Feingold’s essay “The Buzz Bomb,” about a boy with an explosive hobby, will be published by Atticus Review this Winter/Spring. Caroline Fitzgerald's upcoming memoir, I Think I Might Die Without You, was featured on the podcast Daring to Tell, hosted by Michelle Redo. She submitted a chapter after attending Muse 2021, where Michelle Redo requested submissions about stories that changed lives. Memoir Incubator Graduate Catherine O’Neill’s piece “Scarred Christmas memory - an accident and no cowgirl suit” was published in Irish Central.

Erica Ferencik was interviewed by Publisher's Weekly and received a starred review for her upcoming novel, Girl in Ice, out March 1st. Essay Incubator Student Jennifer Dines’s essay "When the Nights Belonged to Nick at Nite" was published in Retrofied Issue #5. Her essay "My Students Deserve Better Than Homelessness" was published in WBUR's Cognoscenti. Anri Wheeler's essay “Watching My Neighbor Totoro on the Eve of My Daughters’ Omicron-Surge Return to School” about living communally, COVID parental anxiety, and the movie My Neighbor Totoro was published in Literary Hub. She thanks Aimee Christian for help killing some of her darlings.

Jeffrey Feingold’s essay “The Sugar Thief” about an amazing aunt who survived the Great Depression and WWII, generational misunderstanding, and regret will be published in Schuylkill Valley Journal. He thanks Editor-in-Chief Peter Krok. Rob McKean's third book, Sanguedolce, will be published by Livingston Press in 2023. He credits his Muse attendance for inspiration and valuable feedback. Corinne Foster's short piece “The Snapper” will be published in Litbreak Magazine. She began this piece in the summer of 2021 in “Fiction I” with Jane Dykema and continued it in the fall of 2021 in “Developing Your Short Fiction” with Sara Rauch. She thanks her classmates and all of her GrubStreet instructors.

Boston Writers of Color Member Mee Ok Icaro’s poem “otherland” won the Prufer Poetry Prize, selected by judge Kevin Prufer. She will receive an award of $1,000, and her winning poem will be published in the Spring 2022 issue of Pleiades. She would like to thank Tatiana Johnson-Boria and her poetry class for helping her workshop this piece. Memoir Incubator Graduate Judy Bolton's essay “I can't recall a time I've been more scared as a Jew” responding to events in Colleyville, Texas was published in WBUR's Cognoscenti. Marilyn Brookwood's book The Orphans of Davenport: Eugenics, the Great Depression, and the War over Children's Intelligence was published by Liveright (W. W. Norton & Company) in July 2021. She met her literary agent, Ayesha Pande, at Muse & the Marketplace.

Memoir and Essay Incubator Graduate Kristen Paulson-Nguyen’s essay "Skating Through the Ages" was published in Flyway Journal of Writing & Environment. She thanks 2018 Essay Incubator Instructor Grace Talusan and her talented classmates. Instructor Randy Susan Meyers’ co-authored novel, The Fashion Authors, launched February 1st. She and co-author M.J. Rose will be interviewed by B.A. Shapiro on February 3rd at a virtual Belmont Books event. Rebecca Johnson's essay “I'm Lucky Because I Can Take the Bus” about ski town public transportation was published in Writers on the Range and subsequently featured in the Salt Lake Tribune, Vail Daily, and the Anchorage Daily Press. She thanks her writing group formed from GrubStreet class participants for their helpful feedback and encouragement.

Julie Brill’s essays on her quest to understand her family's Holocaust experiences in Serbia and place commemorative markers in Belgrade were published in Haaretz, WBUR's Cognoscenti, and the Times of Israel for Holocaust Remembrance Day. She thanks Robert Laubacher and Lauren Markham for their help. Anna Hogeland's debut novel, The Long Answer, will be published by Riverhead Books (Penguin Random House) on June 21st. Instructor Lisa Braxton’s screenplay Celebrating Freedom will premier virtually as a short film on February 27th. It tells the story of the historic journey of the oldest black congregation in Washington, D.C.

​​Bernice Lerner’s essay "A Ten Year Old's Witness to the Liberation of Auschwitz" was published on the History News Network during the week of International Holocaust Remembrance Day. The piece describes the childhood experience of a longtime faculty member at Boston University. An excerpt from instructor Olivia Kate Cerrone's novel-in-progress, Displaced, was published in StatORec Magazine. She would like to thank fellow GrubStreet instructors, Zyanya Avila Louis, Kayleigh Shoen, Cam Terwilliger, Milo Todd, Stephanie K Brownell, Sorche Fairbank, and Timothy Weed for their support and insight on her work. An excerpt of Amy Bernstein's novel-in-progress, A Dybbuk, will be published in Fig Tree Lit in June.

Jeffrey Feingold’s essay “The LTD” (a sequel to “The Buzz Bomb”) will be published by Book of Matches Literary Journal this winter/spring. Additionally, Jeffrey's essay “Nowhere Man,” about a strange true journey back in time with the Frugal Gourmet and violinist Itzhak Perlman, will be published in PAST TEN in May. 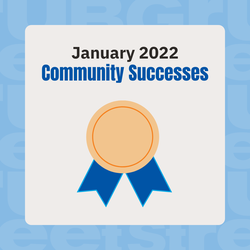