An Interview with Author Mark Polanzak on his Genre-Bending Memoir-Novel POP! 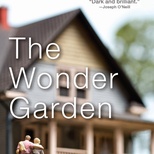 Could  the  novel  To Live  by  Chinese author  Yu Hua  be one of the greatest novels  in  the  past  fifty years?  It probably is—at least in this author’s opinion.  At any rate, it  deserves to be in the discussion.

The book was initially banned in China, a banning which, naturally, led to worldwide fame for Yu Hua and launched his career abroad. The book went on to win a number of international awards and was then made into a movie—also banned in China.