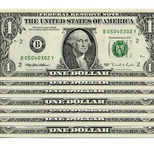 February 21 (1924) African-American poet Langston Hughes gets an advance from his ship’s captain and abandons his job as “messboy” on a freighter ship, disappearing into Holland. He arrives in Paris with seven dollars.

Playing it safe will only get you so far. The greatest rewards often come when attended by the greatest risks, whether geographical, financial, or emotional.