GrubStreet (GS): When did you start writing?

Adi Alsaid: My earliest memory of writing is from the 6th grade, when we had a homework assignment to use vocabulary words in sentences. I wrote something you’d expect of an eleven-year-old boy, with sniper rifles, blood and guts. I remember feeling pride and joy at the sentence, and I’ve been writing ever since.

GS: Have you always written fiction?

AA: Yes. In school I struggled to write essays without dipping into an informal/fiction-flavored voice. At college I tried to write opinion articles for the school paper, and occasionally had non-fiction posts up on my blog, but fiction has always been my go-to when I write. The sentences or ideas that come to me as I’m walking around or lying in bed are almost always fictional.

GS: Where do you get your ideas?

AA: Everywhere is the easy answer. People watching, life experiences, menu items, the void. I have no idea where inspiration will come from or when it will strike, but chances are it’s going to have to do with people and the connections they make with others.

GS: Do you start with characters or plot, or both?

AA: Even though I like more character-driven stories, I think I often get a plot idea first that I then develop through the characters. Very often it starts with a single sentence.

GS: Are you a pantster or a plotter?

AA: Philosophically a pantster, but so far I’ve only ever managed to finish a book when I’ve done some semblance of plotting beforehand.

GS: How many times did you revise Let's Get Lost and Never Always Sometimes? How did you know when you were finished?

AA: Let’s Get Lost has about seventeen different saved versions on my computer. Never Always Sometimes was a little more contained with about five saved versions, though each draft went through really big changes. I mostly agree with the quote, “Art is never finished, only abandoned.” That’s why I’m thankful for editors who help to point out when something is as good as it will probably get in a reasonable time frame.

GS: How hard is it to say goodbye to your characters?

AA: Not terribly tough. Anne Sexton wrote, “Tell almost the whole story.” I mostly agree with her. I’m there to tell a portion of my characters’ stories. Like a good relationship that has come to a rightful close, I’ll always be happy for what we had without yearning to return.

GS: In Never Always Sometimes, you write about the "Harry Met Sally" question—whether people who are attracted to one another can be friends. Do you think it's possible?

AA: It’s just such a present question when you’re a teen. You’re really starting to get to know the opposite sex for the first time, awakened to how they’re different from the circle of friends you’ve hung out with since elementary school, who are generally of your gender. You’re also really beginning to learn how to juggle your attraction to someone with the other joys of relationship. As a teenage boy who was attracted to girls I was friends with, but did not necessarily want to pursue romantically, I did want it to be possible. And I think it absolutely is, even in high school, as long as you learn how to cope with attraction, how to move on from that initial sensory reaction and accept that there’s a person beyond that attraction. Once you do that, it’s pretty easy for the mutually attracted to be friends.

What are you reading? What should we be reading? Tweet your recommendations to @GrubWriters with #WhatAnAuthorLooksLike and every month, we’ll choose an entry to receive a copy of the book we’re writing about. Send your book reviews to [email protected] for a chance to have it published on the blog or in our weekly newsletter.

Adi Alsaid is the author of three additional young adult novels: Never Always Sometimes, Somewhere Over the Sun, and The Calvin Sky. He lives in Mexico City where he spends his time writing, coaching basketball, and cooking. For more information, check out Adi's on Facebook.

Lisa Paige’s book reviews and other nonfiction have appeared in multiple magazines, literary journals and media websites. She also edits and coaches and is at work on her first YA novel. Contact her at [email protected] or visit her at lastpaige.com.

A writer, teacher, coach, and workshop facilitator, Lisa is currently at work on a YA novel. She has edited magazines and books, ghostwritten general nonfiction and memoir, and scribbled in more notebooks than she has room to store. A PhD in English lit, she also taught at several colleges in Pennsylvania while bringing up three now fully launched offspring, one of whom followed her into careers with words. Lisa serves on the boards of the Boston chapters of the Women’s National Book Association and the Editorial Freelancers Association.

See other articles by Lisa Paige 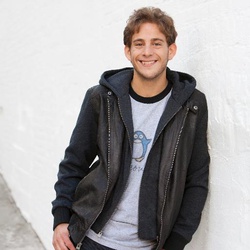