In college I had dismissed Wuthering Heights as what I used to call (OK, sometimes I still do) a “Corset Novel.” A comedy of errors about landed gentry falling in love on the moors. When I finally got around to reading it, I was thrilled at how dark, bitter, and downright spooky it was. Catherine’s memory hangs over Wuthering Heights (the novel and the house) like a low, heavy mist; the sense of foreboding, thwarted desire, mystery, and potential danger is so palpable, it makes you ask yourself if you’re reading a ghost story or a realistic one. These details force the reader to question the rules that govern this sepulchral place. That ambiguity adds a layer of depth to the novel that I hadn’t expected.

More so than love, Wuthering Heights is about desire. Obsessive, possessive, destructive desire. Heathcliff, our mysterious central figure, is so filled with desire for Catherine, that when she marries another man, Heathcliff marries the rival’s cousin, whom he hates, as revenge. Another rival, Heathcliff ruins, befriends, and then raises and abuses the rival’s son, as yet more revenge. I mean, really! Heathcliff is a man driven mad by ambition, but he’s also a force of nature, quietly sinister in the most unearthly way. If he’s a bit like Ahab, he’s also a bit like the White Whale, a figure a few steps outside of normal reality, impossible for the other characters to fathom.

As powerful a character as Heathcliff is, he’s far from likable. In fact, the only truly likable character is the wonderful Nelly Dean. Most of the novel is actually narrated by Nelly, one of the head servants, retelling the story to Mr. Lockwood (who serves as our initial narrator), a naïve young gentleman who rents a room from Heathcliff in the beginning of the novel. Nelly was a witness and an agent throughout much of Heathcliff and Catherine’s lives, and she can comment on the class, gender, and social forces that are at work in the novel in a way that the reader, if not the other characters in the book, can relate to. She is the character the reader identifies and sympathizes with the most, and she provides wry commentary that balances the soap-operatic plot. But the fact that almost all of the events in the novel are filtered through her persona and memory calls into question everything we read. Is she a reliable narrator? If not, what points might she have missed, exaggerated, or invented? This yet another layer of ambiguity is what’s missing from some otherwise wonderful film adaptations (a PBS adaptation with Tom Hardy as Heathcliff; and 2011 film by Andrea Arnold).

As much as movies miss important elements of the book, the comic artist Kate Beaton managed to capture the tangled plot, the gloom, the horror, and some of the more absurd plot points (there are many). Read Hark A Vagrant first, then read the book! Just read it! Don’t worry if you think Lockwood is a doofus; you won’t be stuck in his head for long. Keep reading until you get to the scene where Lockwood thinks Catherine’s ghost is trying to get in the window. If you’re not hooked by then, I don’t know what to tell you! 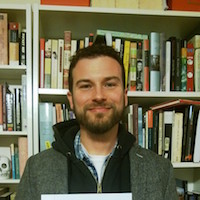 Drew Jameson is a teacher and writer, originally from Concord, MA. He has been working with teens at Grub Street since 2009. His teaching experience includes reading fundamentals, creative writing, literature, special education, and English as a second language at the elementary, middle, and high school levels. He earned his BA in English from Reed College, and his M.Ed from the University of Massachusetts Boston. In 2003 he won the fiction contest of the IdeaFestival at the University of Kentucky. His short story “Drown” appeared in the April 2011 installment of The Drum. Currently, he is working on a dark fantasy novel for young readers. He lives with his wife and daughter in central Massachusetts.

See other articles by Drew Jameson 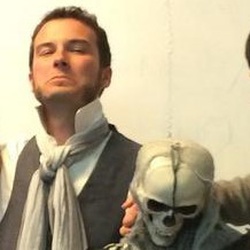