Writing Rules That Were Made to Be Broken: The Golden Rule

There's a distinctly rebellious air about the Muse and the Marketplace Conference this year. Come April 6-8 at Boston's Park Plaza, #Muse18 presenters will be letting loose on the writing rules that have held our manuscripts hostage for far too long. To kick off the conversation ahead of the Muse weekend, this year's Muse series explores the writing, publishing, and workshop rules, conventions, and accepted norms that authors, agents, and editors at the Muse love to hate -- and why they'd love to see them broken. Some presenters will also offer their own rules or conventions that they want to see adopted in writing and publishing spaces. This installment comes from award-winning journalist Mary C. Curtis, political columnist at Roll Call. Mary will be leading the Muse session Getting Noticed, Read and Understood on Sensitive Topics.

Be polite. It’s so much easier to be pleasant. Smile. SMILE. You look so much prettier when you smile.

It’s called manners or simple home training, taught by mom and reinforced by society, especially when you’re a girl. And, on the surface at least, there’s nothing wrong with that. In fact, I’ve long been a fan of that Golden Rule: “Do unto others as you would have them do unto you.”

Wouldn’t life be less complicated in this contentious time if everyone began the day by reciting and abiding by that simple statement? Besides, you would not want to go against your mama, faith, teachers, and culture.

But what happens when the rule has been stretched beyond recognition, when politeness is met with hostility, or even aggression? Should you then add onto the “rule” another biblical admonition about turning the other cheek?

Or should you consider a little rule-breaking for the sake of survival?

That’s why I am leading a session called “Getting Noticed, Read and Understood on Sensitive Topics,” which will navigate that fine line between being empathic and being tough when making a strong point on topics such as race, politics, culture, and religion.

Has my work gotten rawer, more real as times have changed, as I have changed? You bet. But my work still depends on readers of all political stripes, ages, genders, you name it. If I fail to strike a balance between strength and empathy, I would end up with an audience of one.

Indeed, I have found myself making a living and having fun—why do it if it isn’t fun?—and being tested every day. I’ve had to come up with my own rules.

First of all, in the new world of social-media bullying and political name-calling, behavior that would once earn an errant child a trip to bed without dinner, breaking the golden rule could be interpreted as coming to the defense of the weak or silent. But is that an excuse—to use the base standards of the day to lower our own?

My answer is to use skill and understanding, for those I speak for and against, to come up with an authentic voice—one that is firm and no-nonsense—without betraying that whisper from the mom on my shoulder.

As an African-American woman with a public voice, it would be a betrayal to keep quiet or retreat into a meek persona; instead, use an unlimited emotional palette for your work.

There are quite a few ways that don’t exactly require breaking that guiding rule—you may have to bend it a little, though.

Mary C. Curtis, columnist at Roll Call, is an award-winning journalist and educator based in Charlotte, N.C. She has contributed to NBC News, NPR, The Washington Post, The Root, ESPN's The Undefeated, and talks politics on WCCB-TV in Charlotte. Curtis has worked at The New York Times, the Charlotte Observer, the Baltimore Sun, and the Associated Press. Her coverage specialty is the intersection of politics, culture, and race, and she has covered the 2008, 2012, and 2016 presidential campaigns. Curtis is a Senior Leader with The OpEd Project, at Yale University, Cornell University, and the Ford Foundation and at the Aspen New Voices Fellowship in Johannesburg, South Africa. She was a Nieman Fellow at Harvard University and a Kiplinger Fellow in social media at Ohio State. Her honors include Clarion Awards from the Association for Women in Communications, awards from the National Headliners, and the Society of Professional Journalists, three first-place awards from the National Association of Black Journalists, and the Thomas Wolfe Award for an examination of Confederate heritage groups. Curtis has contributed to several books, including an essay in Love Her, Love Her Not: The Hillary Paradox. You can find her work at www.maryccurtis.com. 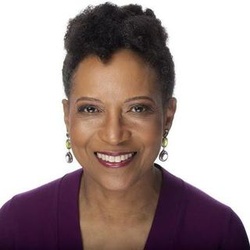