During the Ides of March, as the wind howled and the flakes swirled outside my attic-study, I was faced by a dilemma: to go or not to go to AWP? Since my time as an MFA student, AWP (Association of Writers & Writing Programs) had impressed me as the mother of all writing conferences: heaving at 10,000 participants, it has been known to overrun its host city for four days, engorging entire downtowns. Bookstores, cafes, bars, restaurants, galleries, clubs, and streets churn with writers—writers reading, writers meeting, writers gabbing, writers chanting, writers drinking, writers dancing, writers sipping, and sniffing, and schmoozing; writers on the town, writers on the make; writers on the prowl; writers with a mission; a mantra; and occasionally, a whole blue-grass quartet in tow. A travelling circus, when AWP sets up tent, it looks the same wherever it goes, though the backdrop—the Chicago skyline, Boston’s Back Bay, Seattle’s fog-be-gauzed Sound—shifts like the slides of a magic-lantern. The sea of faces is always different, yet, crested by recognitions. That is, nothing beats AWP for reminding us that we are all nodes in a vast network, specks of an ever-expanding literary galaxy. It promises moments of anonymity, and delivers many a reunion on unfamiliar street corners, “Fancy finding you here at the Pike Place fish market, the Space Needle, the dinosaur wing of the Field Museum, skiving from afternoon panels, and reeling from the book fair!” Former colleagues and classmates are co-adventurers, co-conspirators, collaborators, and fans. Somehow, the seats at our talks always fill, though in an hour they are empty again.

After three years, AWP has become ritual to me, and I go, unquestioningly. That is, I went, until 2015, when a challenger arose. It all started with a small flyer, a glossy card of 5x7, left by the photocopier machine in the writing center in Bethesda where I teach. A picture of a mountain ghosted by a waterfall, a line of gray ocean stretching behind crags, implying not just more water, but— inconceivably— lava flow. The words Iceland Writers Retreat were stenciled in orange and white on the front. I didn’t pick it up, but just stared. What could this possibly be? The place, the dates: Reykjavik, 8-12 April, and one word which began to sink deep, Escape. When my photocopies were on “collate” and I knew no one was looking, I grabbed one of the cards, and turned it over: headshots of Adam Gopnik, Barbara Kingsolver, Linn Ullmann, Taiye Selasi, John Valliant, and more; an all-star cast worthy of AWP, in miniature.

Not until last-calls for pre-registration at AWP flooded my inbox in mid-January, did I check the flyer again, now propped up on the bookstand by my desk, above syllabi and essay drafts. The dates, the place: April 8-12th, Minneapolis. Oh dear. I shot out a bunch of emails. Who was going to AWP this year? I considered the city, one I’d never seen, the region--the Midwest--the legendary Loft, the sculpture garden, the beloved Graywolf press, and the steadiest theatre-going population in the US. Replies from friends emphasized the endless winter, Boston encased in caves of snow, the undesirability of reentering a paralyzing cold season on the cusp of spring. And my mind went again to Iceland, seas of white, hot springs, the blank page of a country I didn’t know. Then, I began to read about Reykjavik. Home to the sagas of the Icelanders and the Edda epic, and the Nobel-Prize winning poet Laxness. In 2011, it was named UNESCO’s first non-native English-speaking City of Literature; one in every ten residents is a published author while the city boasts more new titles per capita than anywhere else in the world.  I envisioned printing presses, bookstores, polar bears, blonde women with long Easter-bread braids, men with gorse beards, the thunderbolts of Thor. At 330,000, the population of the entire country is exactly half the size of Boston, with nearly 1000 times the land mass. Geographically diverse and heaven-on-earth to geologists, Iceland undulates with mountains, volcanoes, plains, geysers, geothermal pools and blue lagoons. The language has hardly changed in 1000 years, and continues to cultivate a lore which originates with the Vikings, and animates the national consciousness with giants, ghosts, fairies and elves. A land of story-tellers, Norse gods and monsters, crime fiction, the Aurora Borealis. Not to mention, puffins, blue fox, and Icelandic pancakes. I was sold.

But how to pay for it? The Iceland Writers Retreat offers one scholarship, and the deadline had passed with more than four hundred applicants. I contacted the organizers, who responded immediately and warmly: there were still a couple of spots open. The cost was in hundreds of thousands of Krona, a currency which has fluctuated wildly since the crash of 2008, when Iceland made a cameo appearance on the economic world stage with its cataclysmic rise and fall. The upside of this major monetary correction is that, for an American, Iceland has never been so affordable. Getting the hang of the currency converter, and arranging to pay in two installments, I discovered that six days in Reykjavik, at a four-star hotel and spa which the retreat had chosen, matched the member rate for four days at AWP in Minneapolis. A perfect exchange, or so it seemed, until I began my search for flights. Most participants booked with Icelandair months in advance; a main carrier which allows up to a week’s stopover in Iceland on the way to a myriad of European destinations. If only! The flight threatened to exceed the price of attendance, until with a little more research, I found Wow!, an aptly-named, purple-seated, no-frills airline, which has just begun to offer flights from DC and Boston to Reykjavik (London, Berlin and a host of Scandinavian cities), starting at around $160.00 round-trip.  Too good to be true, but there it was. With the wind dying down in its fury, but the freezing rain falling in darts outside the window of my attic-study, I booked my flight out of Boston on the 7th of April, and prepared to take the arctic plunge.

[Editor's note: Check back next Monday, May 18th for Part II of Nicole's Icelandic saga!] 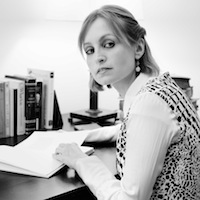 After completing an M.Phil in English Literature at Oxford, Nicole Miller worked at The New Yorker and The Oxford English Dictionary, where she is a longstanding scholarly reader in etymology. Her short stories have appeared twice in The May Anthology of Short Stories, edited by Jill Paton Walsh and Sebastian Faulks, and her creative nonfiction won the Dorothy Cappon prize for the essay in New Letters magazine in 2014. An excerpt of her novel appeared in Defying Gravity ed. Richard Peabody, and her long form essays have been published in New Letters, Arts & Letters, The Switchgrass Review, and Litmag. "Last Night at the Breakers" gained honorable mention in Best of American Essays 2016, ed. Jonathan Franzen. She held the Graduate Fellowship in Creative Writing at Emerson College, Boston, gaining her MFA in 2012.  In 2012, she was also awarded a Ph.D in Victorian Literature from University College, London. For a decade, she edited faculty manuscripts and conducted research on Renaissance literature for the faculty of Harvard’s English Department in Cambridge, and at Dumbarton Oaks in Washington, D.C. Since moving to D.C. in 2014, Nicole has taught creative writing at Kingston University, Kingston-upon-Thames, UK, the Writer’s Center in Bethesda/ Hill Center in Capitol Hill, the nineteeth and twentieth century British novel, ranging from Charles Dickens to Lawrence Durrell, and the twenty-first century update of the traditional bildungsroman; more recently she has expanded into comparative literature, teaching the novels of Thomas Mann and the short stories of Anton Chekhov at Politics and Prose bookstore. She has attended residencies and received scholarships to attend writer's conferences at Vermont Student Center, Wesleyan Writer's Conference, Tin House, the Iceland Writers Retreat and the Arteles Colony of Finland. Her interests span the novel, short story, ghost story, personal essay, travel essay, criticism of the visual arts, theatre, and music, memoir, immigrant and post-colonial narratives, tales of illness and healing, and the translation of Modern Greek poetry.

See other articles by Nicole Miller 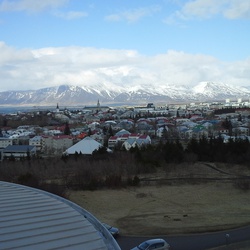