The Muse and the Marketplace 2020 will soon kick off on April 3rd in Boston! This year’s theme is “Imagination and Reality,” as many presenters are exploring the boundaries between fact and imagination, and how each contributes to great writing. Here, presenting authors have selected a passage from their own work, highlighting in green which elements came roughly from their direct experience, memory, or fact; while highlighting in blue which elements came from their imagination or speculation. In this post, Muse presenter David Mura shares an excerpt from his work in progress, "Letter to My Republican Father".

In your take on the camps, you have often quoted to me what one of your teachers in camp told you and your class: “After the war is over, you all will be released and sent back into American society.  But for your sakes, you should try and be not one, but two hundred percent American.” This was the teacher who taught you how to properly shake hands with a firm grip and to look directly at the other person’s eyes (no Japanese bowing).

Good student that you were, you took her lesson to heart.  You always praised that teacher to me as someone who helped set the course of your life.  Yes, you would have to try harder to be an American, but you could still become an American.

"Become an American" —that is something your father never could become; indeed, when he came to America, he was prevented by law from becoming a citizen.

I think, deep down, you knew that was also what your teacher was saying to you or at least implying: When you left camp, you could leave him and your mother, their Japanese ways, behind; after all it was the association with the Japanese that put all of you in camp, that made all of you criminals/spies/fifth column forces in the eyes of the American government.  Your father’s and your mother’s Japaneseness —she didn’t even speak much English— was a crime, your crime. The more distance you could put between you and that crime, the better. That too was also part of your teacher’s message to you. You were imprisoned not because of anything you had done as an individual, but because of your ethnicity and race.

And so, because of the camps, you could move beyond and away from this man whom the camps had diminished in so many ways (so many ways you could not afford to comprehend; you did not want to comprehend).  All you needed to know was that he was diminished. Your power was growing. You would soon be released from him, his paternal sway. The camps made that possible.

Yes, the US government imprisoned you.  But it also set you free.

In 2012, after the election, my Nisei (second generation) father wrote his four children a letter explaining why he thought the reelection of Obama would be a disaster for this country. He offered that we could reply but in parenthesis added, “(David, no more than five pages).”

In recent years, I have made a decision to avoid arguing with my father about politics and I was not going to answer. But then one night in the kitchen, I was talking to my middle son, Nikko, about my father’s letter; I remarked that I could see an older white male of his generation thinking the way my father does, but they weren’t put in prison during World War II because of their race.

Then Nikko asked, “Why does grandpa think the way he does?”

So I decided I would write my father, telling him my account of his life and trying to explain to my son why my father thinks the way he does. Since my father talks very little about the camps, in my reply, I’m often speculating not just on what happened to him factually, but I’m also trying to examine the ways the camps shaped his psychology and sense of identity as a Japanese American of his generation. I’m trying to link him to his community’s racial history with their bi-cultural roots and with the country’s attitudes on race during each period of his life. In this, I’m imagining feelings and thoughts my father might not have been aware of consciously or wouldn’t consciously express.

You can catch David's craft discussion, "To Whom Are You Telling Your Tale? Race and the Question of Readership" on Saturday, April 4th at 10:15am at the Muse. For all the latest Muse news, follow #Muse20.

David Mura is a poet, creative nonfiction writer, fiction writer, critic, and playwright. His newest book is A Stranger’s Journey: Race, Identity & Narrative Craft in Writing. A Sansei or third generation Japanese American, Mura has written two memoirs: Turning Japanese: Memoirs of a Sansei which won an Oakland PEN Josephine Miles Book Award and was a New York Times Notable Book, and Where the Body Meets Memory: An Odyssey of Race, Sexuality and Identity. Mura’s novel Famous Suicides of the Japanese Empire was a finalist for the Minnesota Book Award, the John Gardner Fiction Prize and Virginia Commonwealth University Cabell First Novelist Award. Mura’s poetry collections are The Last Incantations, Angels for the Burning, The Colors of Desire which won the Carl Sandburg Literary Award from the Chicago Public Library, and After We Lost Our Way, a National Poetry Series Contest winner. His other books are A Male Grief: Notes on Pornography & Addiction and a book of critical essays, Song for Uncle Tom, Tonto & Mr. Moto: Poetry & Identity, published in the U. of Michigan Press Poets on Poetry series. Mura teaches at VONA and the Loft and lives in Minneapolis. He also works with the Innocent Classroom, a program that trains K-12 teachers to improve their relationships with students of color. For more, go to www.davidmura.com. 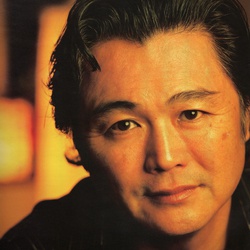