About
Why I Write

Why I Write Vol. 4: The Right to Take Up Space

In this series, "Why I Write," members of the Grub community share what compels them to put words onto paper day after day. In this edition, instructor Judah Leblang talks about reclaiming his past through writing. Judah will be teaching Jumpstart Your Nonfiction this fall.

I jokingly tell my students, if and when they ask me about my writing practice, that I write under two conditions: when I have a firm (non-negotiable) deadline, and when the pain of not writing surpasses the pain of doing so. In other words, in my fifteen years of writing professionally, I’ve discovered that for me, a) writing is difficult on both physical and emotional levels, and b) there are no shortcuts.

Physically, I find it hard to sit for long periods of time. (I realize this is a lame excuse; Hemingway famously wrote standing up). My middle-aged body folds in upon itself, until I feel like one large, unwieldy knot. Emotionally, rooting around in the detritus of my past, which includes major and minor depressions, a series of childhood accidents, and loads of family dysfunction, is not my idea of a good time. And yet, as a nonfiction writer, such is my lot.

At the yoga center where I lived in the early 1990’s, I heard the expression, “the only way out is through.” I’ve learned that I have to sit with the discomfort of exploring painful incidents in my past, in order to discover some nuggets of life experience that I can shape, craft, and polish into stories that might engage potential readers. To paraphrase Flannery O’Connor, anyone who survived childhood has enough material to last a lifetime, and as writers, we can reclaim those stories, and own the narrative.

During my childhood in suburban Cleveland, Ohio, growing up in an insular Jewish community, I often felt invisible. In recent years, I’ve found that writing has become a way of healing, a way of forgiving the boy I was for his timidity, his fear, his loneliness and sense of difference. Today, in my fifties, I no longer hide my gayness, am no longer ashamed of my difference, which has been normalized by living my life openly.

As a boy, I became conscious of the world around me, trying to avoid antagonizing my high-strung, stressed-out parents and my older brother, who was engaged in an ongoing war of wills with my folks. I observed them, as I observed the popular boys at school, the jocks and student-athletes, who wore their white and gold letterman’s jackets, strutting down the hallways of Beachwood High as they passed me, unnoticed in the shadows.

It is only when I went back, in mind if not in body, to the world I inhabited in the 1960s and ’70s, that I found those nuggets among the rubble: the sweetness of my Hungarian grandmother and our excursions to downtown Cleveland; Sunday afternoons with my Dad at Lakefront Stadium watching the Cleveland Browns along with 85,000 other screaming fans; Saturdays with my grandfather Cohen at his old drugstore down in the city, where he let me man the front counter and sell candy and cigarettes to the old folks who streamed into the store from the dusty streets, the air scented with ash from the nearby steel mills.

In other words, it was only by writing about my experiences, which included my isolation and sense of difference, that enabled me to connect with other people, to come out of hiding. Back at the yoga ashram, one of my best friends told me, “You have the right to take up space,” and through the writing and storytelling I practice in my life today, I do just that. 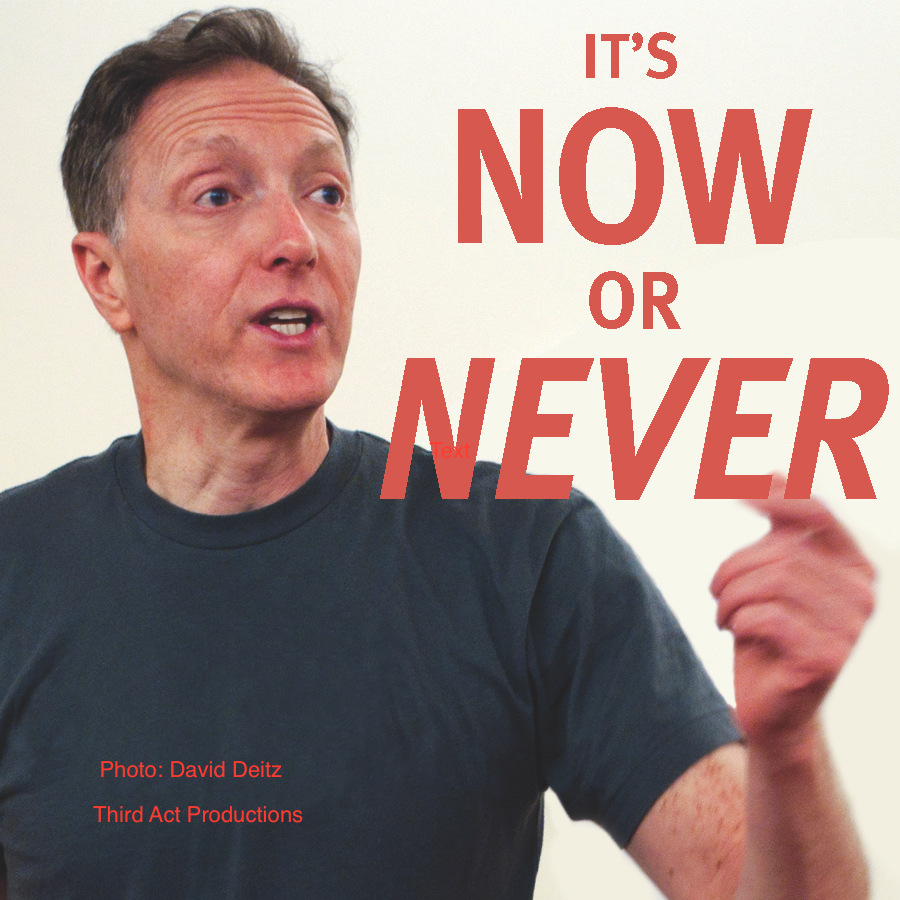 Judah Leblang is a Boston-based writer, teacher and storyteller. His radio essays have appeared on almost 200 NPR and ABC-network stations around the US, and on several college and community radio stations. His column, "Life in the Slow Lane," appears regularly in Bay Windows, a Boston-area newspaper. The second edition of his memoir, "Finding My Place: One Man's Journey from Cleveland to Boston and Beyond," was published in 2013.

See other articles by Judah Leblang