Why Comparing Yourself With Others (Usually) Isn't Helpful

Perfectionists LOVE comparisons. They'll compare themselves to any writer, living or dead.

Or any nonwriter, for that matter.

So, it's an endless stream of: Why don't I write as much as X? Why am I not as original as Y? Why don't I sell as many books as Z?

Also, why aren't I as rich as my sibling? Or, why don't I have a house as nice as my cousin's?

Sometimes the comparisons can shade into envy, which is, as the social critic Joseph Epstein pointed out, “the only deadly sin that's no fun at all.”

An honest comparison can be useful as a learning tool, but perfectionist comparisons are usually slanted because their goal isn't edification so much as self-shaming and self-coercion. So, while shamefully comparing your publication record to that of a better-selling author, you ignore that you choose to write literary fiction while he writes formulaic potboilers.

Or, while comparing yourself to your wealthier sibling and cousin you forget that you actually chose to live cheaply so you could have more time to write. (And that your sibling hates his job and your cousin is constantly stressed.)

Comparisons with famous writers can be especially problematic because of what you're not seeing:

You’re also not seeing the financial, familial, or other lucky breaks that may have aided their success.

To make things even worse, at the same time we're inflating the famous writers' success, we're often discounting our own, for reasons nicely explained in this great video by Derek Sivers. The video also hints at the futility of striving for “originality” or wishing you had “talent.” Perfectionists often perceive themselves as lacking these qualities, but they’re really beside the point. What counts is doing the work and letting it take you where it wants to go. In other words, talent and originality aren’t the foundation of good work so much as the yield of it.

Does this mean that every piece has the potential to be a winner? Of course not. But you can’t force it. Forcing is inimical to the creative process. Or, as Flaubert put it, in the quotation I probably cite more often than any other, “Success must be a consequence, never a goal.”

Success is, in fact, a complex phenomenon, so it's probably best to quit with the comparisons entirely. Just reconnect with your reasons for making the choices you've made and focus on being the best “you” you can be at this particular moment.

Hillary Rettig, author of The 7 Secrets of the Prolific: The Definitive Guide to Overcoming Procrastination, Perfectionism, and Writer's Block, taught writing productivity and time management for writers at GrubStreet for nearly a decade before moving out of state. We're thrilled that she's returning to teach How to Write a Lot on March 11th and The Time of Your Life on March 12th! Learn more about Hillary here and learn more about her Grub classes here. 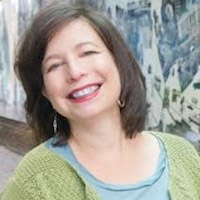 Hillary Rettig is an author, workshop leader and coach who specializes in helping people overcome procrastination and use their time better. Her latest book is The Seven Secrets of the Prolific: The Definitive Guide to Overcoming Procrastination, Perfectionism and Writer's Block (Infinite Art, 2011). Of her prior book, The Lifelong Activist: How to Change the World Without Losing Your Way (Lantern Books, 2006), the leading liberal blog, DailyKos.com, said, "If I had but one book to spend hard-earned cash on this year, The Lifelong Activist would be it, hands down." Hillary is a Bronx native who currently enjoys living in East Boston. She has published numerous nonfiction articles, and also short fiction. Some of the acclaimed science fiction writers she has studied with are Ursula K. LeGuin, Samuel R. Delaney and the late Octavia Butler. Hillary is also a kidney donor, foster parent, lover of dogs and other animals, and vegan. Download free ebooks and other information on productivity and related fields at www.hillaryrettig.com, and Hillary welcomes your emails at [email protected].

See other articles by Hillary Rettig