When a #FAIL is Really #WINNING

So you’re a writer, but you’ve never been published. That’s fine. Let me just ask you one thing: Where is your graveyard? Where are you putting all your beautiful, polished pieces? In a drawer? Under your mattress? At the bottom of your pet cockatoo’s birdcage? For me, it was the computer hard drive. I was storing all my best short stories in a folder called “HOORAY! DONE!” I wish I were kidding.

When non writer-types ask if you’ve written anything they might have read, they are essentially implying you cannot call yourself a writer unless you’ve been published and published on a national level. These people are jerks, and you must resist spilling your red wine on their tweed jacket (who even wears tweed anymore?!). But even if they lack basic conversation skills and wear tweed jackets with fake elbow patches in the middle of July, these people aren’t totally incorrect. Publication is an important part of being a writer. It’s the equivalent of giving writing the key to your apartment. And for some people, giving away that key is a no-brainer; they think, “Sure, things might get rough, but I’ve never met anyone who loves all the same things I do.” For others, though, putting themselves out there is scary business; they think, “What writing and I don’t work out? What if this relationship fails?”

If you fall into the latter category, firstly, substitute the word “failure” with “rejection.” Secondly, know that you will get rejected a lot. Like, a lot. Like, you might wait six months for somebody, anybody to get back to you only to have two rejection letters arrive in your inbox simultaneously. And every rejection kind of sucks because it isn’t an acceptance, but some suck less than others, and this kind of rejection should actually be celebrated. I’m talking about the personalized rejection.

Sometimes a literary magazine sends out a form letter. It goes something like:

Your work is not a match for us here at Cool Magazine. We get a lot of submissions each year and blah blah blah copy and paste blah blah.

Other times, though, you might get an email that reads:

We couldn’t accept your piece at this time, but we thought the part where Michael Jordan and the Looney Toons defeat the Monstars was really inspiring. We hope to see more of your work in the near future.

Cheers (even though we probably aren’t British),

You should notice three things about that second email. One, the story described was actually the plot of the 1996 blockbuster Space Jam. Two, the editor proved that she actually read the story (and liked it!), and three, she asked to see more. This is still technically a rejection, but it is also a tremendous victory. Personal rejections should be remembered and followed up on. I keep an Excel file of every magazine I’ve ever submitted to, and I always mark personal rejections with an asterisk. When I have another story that’s ready to be considered, I send it to those marked magazines right away. The top literary magazines receive thousands and thousands of stories a year. If an editor took the time out of her day to send me a non form letter rejection, there is a chance, however small, that were she to see my name in the byline again, there’d be some glimmer of recognition, even if that recognition is, “Isn’t this the woman whose thing I kind of liked a little bit a few months ago?”

I’ve heard of writers who have forged beneficial, lasting relationships with magazine letters by way of repeated rejection. So it’s not all bad. Really. Between all the rejections, personalized or not, there are acceptances. It’s happened to me. And I’m the kind of person who still remembers the plot of Space Jam.

Defeat the Monstars, Michael Jordan, by taking your writing out of the graveyard and giving it the key to your apartment. (Golly that’s a lot of metaphors…) 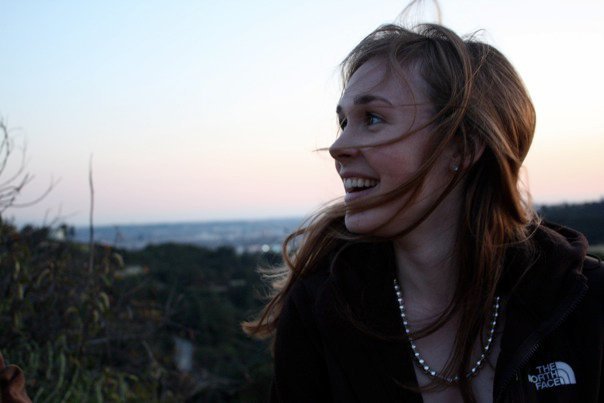 Liz Breen is a freelance writer and producer who has worked for productions such as CONAN, WordGirl and Phantom Gourmet. She is also an MFA candidate at Vermont College of Fine Arts and a writing instructor at Cambridge Center for Adult Education; her writing has been featured in Columbia's Catch & Release, Postcard Shorts and Cleaver Magazine. In her free time, Liz enjoys looking at dogs available for adoption. You can find her on the web at lizbreen.com or on Twitter @beinglizbreen.

See other articles by Liz Breen