Grubbie Debut: Steve Almond with Jane Roper, All The Secrets of the World

Porter Square Books is thrilled to present the latest installment of the Grubbie Debuts series featuring GrubStreet author Steve Almond for All The Secrets of the World. Almond will be joined in conversation by GrubStreet instructor Jane Roper for this event, which will take place at Porter Square Books: Boston Edition on Monday, May 2 at 7:00pm.

Update: registration to attend the live in-person event is now closed! If you were able to fill out the registration form, you have a seat at this event and will be getting a confirmation email next week. If you missed your chance, you can add your name to the waitlist in the webform below. You can also register to watch the virtual event live on Crowdcast here!

"The scorpion hunts while the rest of us dream. That's why he knows all the secrets of the world."

It's 1981 in Sacramento, and thirteen-year-old Lorena Saenz has just been paired with Jenny Stallworth for the science fair by a teacher hoping to unite two girls from starkly different worlds. Lorena begins to spend time at the Stallworth residence and finds herself seduced, not just by Jenny but her parents: Rosemary, her glamorous, needy mother, and Marcus, a scorpiologist who recognizes Lorena's passion for learning and her confused desires.

When Lorena's troubled older brother, Tony, picks her up at the Stallworth mansion late one night, he and Marcus exchange tense words--an encounter that draws the Saenz family into the dark heart of America's criminal justice system. To uncover the truth, Lorena must embark on an unforgiving odyssey into the desert and through the gates of a religious cult in Mexico. As she stalks a fate guided by forces beyond her reckoning, shocking secrets explode into view.

Filled with pathos, humor, and a dash of the zodiac, All the Secrets of the World is a shape-shifting social novel that offers an unflinching vision of the powerful and powerless colliding. This long-awaited book is a propulsive tour de force--the sheer scope, moral complexities, and piercing insights mark a writer at the height of his powers.

Steve Almond is the author of ten books of fiction and nonfiction, including the New York Times bestsellers Candyfreak and Against Football. He teaches Creative Writing at the Neiman Fellowship at Harvard and Wesleyan, as well as Hugo House, Grub Street, and numerous literary conferences. His essays and reviews have been widely published in The New York Times Magazine, The New York Times, The Boston Globe, The Los Angeles Times, GQ, The Wall Street Journal, Poets & Writers, Tin House, and Ploughshares. His journalism has received numerous awards including the top national prize for feature writing from the Society of Professional Journalists. His short stories have been anthologized in The Best American Short Stories, Best American Mysteries, Best American Erotica, and The Pushcart Prize. He serves as a literary correspondent for WBUR and appears on numerous podcasts. He lives in Arlington, Massachusetts.

Porter Square Books and GrubStreet are thrilled to present the latest installment of the Grubbie Debut series with Karen Winn for Our Little World. Called "a story of sisterhood and the haunting nature of loss for readers of Celeste Ng and Kristen Bird” by Booklist, Winn's debut is not to be missed. Shelley Berg will join the author in conversation.

Join us at Porter Square Books: Boston Edition on Wednesday, May 4 at 7pm to celebrate the book's release! In person attendance will be limited to the first 50 RSVPs, so be sure to register below to reserve your spot. Virtual attendance will be supported on Crowdcast- register here to attend virtually!

"I was intrigued by Our Little World from the chilling first paragraph. It's a coming-of-age novel complicated by a tragic and untimely death, and it's also a novel about two sisters you will never forget. I fell in love with the confidence of the writing and the colorful nostalgia of the mid-'80s details. Our Little World will transport and transfix you."—Elin Hilderbrand

July 1985. It’s a normal, sweltering New Jersey summer for soon-to-be seventh grader Bee Kocsis. Her thoughts center only on sunny days spent at Deer Chase Lake, on evenings chasing fireflies around her cul-de-sac with the neighborhood kids, and on Max, the boy who just moved in across the street. There's also the burgeoning worry that she'll never be as special as her younger sister, Audrina, who seems to effortlessly dazzle wherever she goes.

But when Max’s little sister, Sally, goes missing at the lake, Bee’s long-held illusion of stability is shattered in an instant. As the families in her close-knit community turn inward, suspicious and protective, things in Bee’s own home become increasingly strained, most of all with Audrina, when a shameful secret surfaces. With everything changed, Bee and Audrina’s already-fraught sisterhood is pushed to the limit as they grow up—and apart—in the wake of an innocence lost too soon.

Perfect for readers of Celeste Ng’s Everything I Never Told You, Our Little World is a powerful and lyrical coming-of-age story that examines the complicated bond of sisterhood, the corrosive power of envy, and how the traumas of our youths can shape our identities for a lifetime.

Karen Winn received her MFA from Fairleigh Dickinson University. She also holds a doctoral degree in nursing. Born and raised in New Jersey, Karen now lives in Boston with her husband and two children. Our Little World is her first novel. 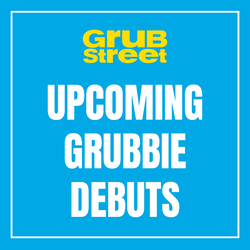