"This Linguistic Uncertainty" Imagination and Reality with Angie Kim

Though Muse and the Marketplace 2020 was sadly cancelled, we still want to share blog posts that presenters wrote about our theme “Imagination and Reality.” In this blog series we asked presenters to explore the boundaries between fact and imagination, and how each contributes to great writing. Here, authors have selected a passage from their own work, highlighting in green which elements came roughly from their direct experience, memory, or fact; while highlighting in blue which elements came from their imagination or speculation. In this post, Angie Kim shares an excerpt from her novel Miracle Creek.

Pak Yoo was a different person in English than in Korean. In a way, he supposed, it was inevitable for immigrants to become child versions of themselves, stripped of their verbal fluency and, with it, a layer of their competence and maturity. Before moving to America, he’d prepared himself for the difficulties he knew he’d experience: the logistical awkwardness of translating his thoughts before speaking, the intellectual taxation of figuring out words from context, the physical challenge of shaping his tongue into unfamiliar positions to make sounds that didn’t exist in Korean. But what he hadn’t known, hadn’t expected, was that this linguistic uncertainty would extend beyond speech and, like a virus, infect other parts: his thinking, demeanor, his very personality itself. In Korean, he was an authoritative man, educated and worthy of respect. In English, he was a deaf, mute idiot, unsure, nervous, and inept. A bah-bo.

This paragraph is from a chapter in the middle of my debut novel, Miracle Creek. Pak Yoo is a Korean immigrant man in his 40s who is nervous about having to testify in English at a murder trial. I immigrated to America from Korea in middle school, when I was eleven years old. Like this character, I experienced the disorientation and feelings of insecurity and incompetence when I first moved to America; I went from feeling like a pretty smart kid with many friends to someone who couldn’t understand or speak the language. When I started writing this novel, I thought about this transition in culture and language for my parents, how much more devastating this loss in self-confidence must be for an adult. I took the feelings I had, which I’d written about in essays, and intensified them into feelings of being infantilized.

Angie Kim is the author of the national bestseller Miracle Creek, named a "Best Book of the Year" by Time and Amazon, a Washington Post Summer Read pick, a Top 10 AppleBooks Debut of the Year, and an IndieNext and LibraryReads pick. Kim is one of Variety’s “10 Storytellers to Watch,” and has written for Vogue, The New York Times, The Washington Post, Glamour, Salon, Slate, and numerous literary journals. She moved from Seoul, Korea, to Baltimore as a preteen, and attended Stanford University and Harvard Law School, where she was an editor of the Harvard Law Review. A former trial lawyer, she now lives in Northern Virginia with her husband and three sons, and is at work on her next novel. For more, go to www.angiekimbooks.com. 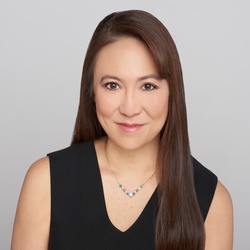