Still Learning to Take Up Space: At the VONA/Voices 2017 Summer Workshops

Writer Allison Scott shares her experience at the VONA/Voices summer workshops, an organization founded by Junot Díaz, Diem Jones, and Elmaz Abinader, authors who wanted to support growth in, and create a platform for, writers of color. VONA now makes its home at the University of Pennsylvania in Philadelphia.

I was told once, in a writing workshop at a prestigious university, that I could do better than write about dragons and robots. The professor had said to the class, “You don’t have to worry about craft if you’re writing genre fiction. To be literary, you need to think deeper than good versus evil.” This was after I had submitted my first story for the term, a piece of science fiction on the ethics of organ transplantation, and before I had submitted my second, a piece of fantasy riffing off Arthurian legend. I wanted to defend my work, the choices I’d made about how I wanted to tell my stories, but I stayed silent. I hoped that my written words would speak for themselves.

In a workshop a year later, I was the only person of color in the room. I had submitted the beginnings of a fantasy novel that dealt with race, cultural erasure, and my own reflections on being brought up mixed. The scene I wanted to work on was between the mixed protagonist and his white uncle. I was having trouble getting across the tension between them—that feeling when you are stuck between duty and anger toward someone you love. I wanted to know how to do it better. Almost every single piece of feedback I got in that class started with the words, “I don’t read fantasy, but …” Also, perhaps in an attempt to be polite, nobody mentioned the issue of race in the characters’ relationship. I wanted to ask them about it, see if they had even noticed, but I had learned to be silent during workshop.

These stories weren’t great yet, but I wanted them to be. I longed for feedback I could use, criticisms that would uncover my blind spots and make me focus on character and theme. But instead, what I heard over and over was essentially, “What you have to say doesn’t matter, because I’m not used to how you are saying it.” I listened, wrote down what little they said, and decided not to use their feedback. What I didn’t realize was how much I was taking that attitude of indifference to heart.

My week at Voices of Our Nations Arts Foundation (VONA) was an opportunity to unlearn all that I had internalized in previous workshops. To stop apologizing for the genre I chose or the topics I wanted to explore. VONA gave me permission to write. And it gave me the best feedback I’ve ever received.

“Own who you are,” my instructor, Marjorie Liu, told our class over and over. “Only you have had your experiences. Don’t let your characters be victims of generalities.”

None of us, the nine women of color in the genre fiction workshop, had noticed that we were doing to our characters what had been done to us. We were so used to conforming, to censoring ourselves and making our words palatable, that we couldn’t even let those unedited thoughts pass through fictional characters’ lips.

We were hiding behind the surface-level flairs of speculative fiction and thriller instead of using those genres as the powerful tools they are to pick apart the hard questions that made us start writing in the first place. Octavia Butler, Hugo and Nebula award winner and recipient of the MacArthur Fellowship, said in an interview, when asked why she chose science fiction as a genre, “I was able to do anything and there were no walls to hem you in and there was no human condition that you were stopped from examining.” I wanted to write to examine the world, but there were walls of my own making standing in my way.

Our silences and our discomfort, however, wouldn’t go unnoticed. At VONA, we were given a space to explore, to ask the questions of each other nobody else had asked and tease out the answers. It was scary. I admit, there were tears.

What was I having trouble writing? I’ve always been uncomfortable positioning myself in the immigrant narrative. I was born in Japan and moved to the US when I was three years old, but because I was born to an American father, I’ve always had US citizenship. As I grew older, I lost my ability to speak my mother’s native tongue. I nearly failed my Japanese language classes in college, only getting through with sheer willpower, anxiety over my GPA, and guilt at being a terrible daughter. People tend not to notice me at a first meeting because I do not look like my all-American name suggests. I’ve been told I wasn’t white, but also wasn’t a person of color, in a single sentence. I’ve felt impostor syndrome wherever I go.

On the first day, we were asked to introduce ourselves in six words. Unprepared, I said something stuttering and shallow. I hadn’t yet learned to be honest in front of strangers and I thought it was better to be safe than to say the wrong thing.

Marjorie introduced herself with this: “Still learning to take up space.” 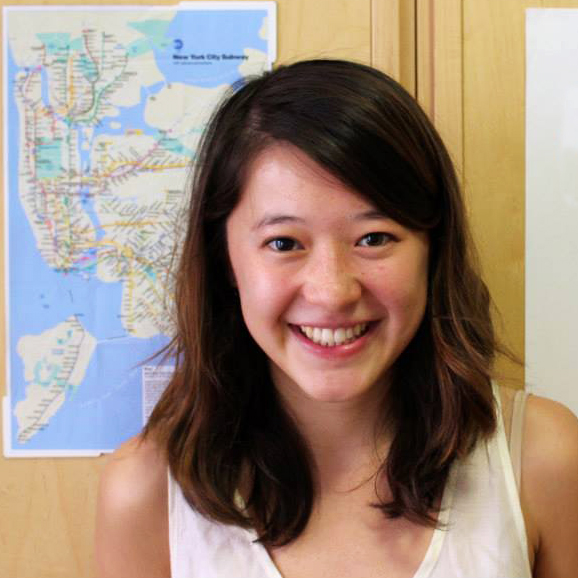 Allison is a recent graduate from Columbia University with a degree in neuroscience. While she was born in Tokyo, Japan, she grew up in Lexington, Mass (and is a little tired of hearing about the American Revolution.) She aspires to blend her diverse interests in a future career as a physician-writer, but for now she is content with arguing about metaphors for illness across the dinner table. She also enjoys doodling, playing the French horn, and curling up with a fantasy novel and a nice cup of tea (British, please.)

See other articles by Allison Scott 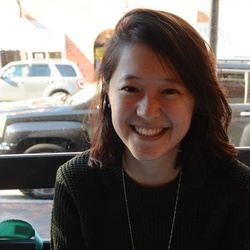