We've all had that moment as readers when we stumble across a sentence in a novel or essay that sings to us from the page. There are sentences we want to wrap our tongues around, that we speak aloud just to revel in their aural qualities. For each installment of this brand new blog series, Henriette Lazaridis chooses a single sentence from a work of literature and shows us why it is music to our ears.

Part IV: "From Grit to Pearl": A sentence from Megan Abbott's The Fever 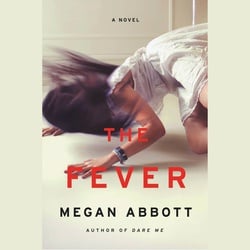