This month's installment looks at — and listens to — a sentence from John Banville's The Sea. 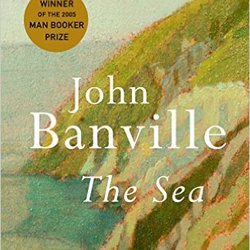