Sound Quality: Henriette Lazaridis on Helen Simonson's The Summer Before the War

This month's installment focuses on a sentence for its voice and approach, rather than its sound. Because every now and then it's time to change things up. The sentence comes from Helen Simonson's novel The Summer Before the War. 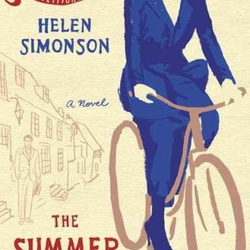