About
Readings for Writers: Pick of the Week

Every few weeks, a member of the Grub community recommends a book they find helpful or inspirational from a craft perspective. This week, Grub staff member Sonya Larson recommends one of her favorite plays.


Enriched is the writer who reads plays! Study them and you'll absorb important lessons in how to write subtext, compress language, reveal character, balance action and exposition, and build a gripping and plausible plot.  In particular I learn from the plays of August Wilson, and particularly still, his Pulitzer-winning Fences.  These lines, spoken by the character of Rose, are just few of many that break my heart:

"I married your daddy and settled down to cooking his supper and keeping clean sheets on the bed.  When your daddy walked through the house he was so big he filled it up.  That was my first mistake.  Not to make him leave some room for me.  For my part in the matter.  But at that time I wanted that.  I wanted a house that I could sing in.  And that’s what your daddy gave me.  I didn’t know to keep up his strength I had to give up little pieces of mine.  I did that.  I took on his life as mine and mixed up the pieces so that you couldn’t hardly tell which was which anymore.  It was my choice.  It was my life and I didn’t have to live it like that.  But that’s what life offered me in the way of being a woman and I took it.  I grabbed hold of it with both hands." 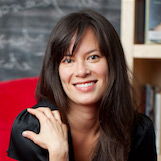 Sonya Larson (she/her) joined GrubStreet in 2005, and helped to grow the organization from offering 80 classes a year to over 600. Now, as the Director of the Muse and the Marketplace conference, Sonya oversees the staff, organization, sponsorship, and execution of GrubStreet's annual gathering of 1000+ writers, guest authors, literary agents, editors, and publishing innovators. While at GrubStreet she has also managed events and gatherings of the Boston Writers of Color Group, neighborhood classes for historically marginalized writers, directed Grub's annual offerings of all classes and events, and much more.

See other articles by Sonya Larson 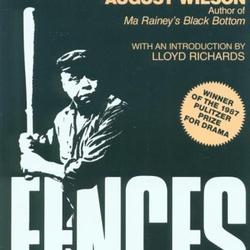