The Northeasterners Presents GrubStreet with $5,000 Donation at National Convention

The Northeasterners selected YAWP after attending a special reading by GrubStreet’s Teen Summer Fellows last July. “We were so impressed by the youth and GrubStreet’s mission to transform lives through narrative, in particular, young writers of color,” said Deborah Plummer, president of the Boston chapter of the Northeasterners.

Eve Bridburg, founder and executive director at GrubStreet, and poet and YAWP Instructor Regie Gibson accepted the donation on behalf of GrubStreet’s staff and board. “Over the past year and a half, we have greatly expanded our programs for youth from historically marginalized communities. We now provide creative writing for homeless teens and teens living in a public housing community as well as programs in low-income neighborhoods. This donation will help us extend this community programming,” said Bridburg.

The Northeasterners 2018 National Convention was held June 1-3 at the Seaport Hotel & World Trade Center, attended by all 13 chapters of the organization and 220 attendees. This year’s theme was “Making Herstory,” a celebration of the history of the Northeasterners. Students Mariama Savage and Agnes Ugoji and GrubStreet instructor Reggie Gibson performed a spoken word piece with drumming and some song celebrating black women, highlighting famous black American figures in history and letters.

Boston hosted its first national Northeasterners' conference in 1965. Today, members of the Boston chapters are dedicated to the goals of the original charter: sisterhood and friendships among African-American woman. They are also active in charitable endeavors that support local agencies. Past recipients have included Crispus Attucks Children's Center, the Grow Clinic at Boston Medical Center, and, most recently, the Trotter School.

The Northeasterners was founded in New York in 1930 by Agatha Scott Davis. Davis and several friends gathered a group of educated, talented, creative, socially and politically conscious African-American women who personified the value of friendship. Today there are over 300 members in 13 chapters that span the East Coast and Midwest. Members meet locally on a monthly basis and annually at a convention hosted by a designated chapter. For more information, visit the http://northeasternersinc.com/.

About GRUBSTREET
Founded in 1997, GrubStreet has grown into the nation’s largest independent creative writing center. By rigorously developing voices of every type and talent and by removing barriers to entry, GrubStreet fosters the creation of meaningful stories and ensures that excellent writing remains vital and relevant. It offers over five hundred classes and events a year for writers of all genres and ambitions—from first-time poets or fledgling memoirists to MFA graduates and published novelists. Its flagship conference, The Muse and the Marketplace, was named “the #1 writing conference in North America” by The Writer Magazine, and attracts more than 800 attendees every year in Boston for three days of interactive sessions, meetings, and events. For more information, please visit www.grubstreet.org and museandthemarketplace.com. 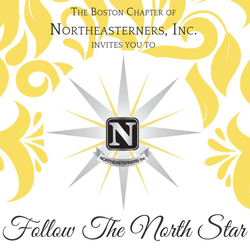