About
The Socially Savvy Author

Hands down, Twitter is one of the most influential networks, and it’s what I think of as the great human connector. Out of all the social media networks, Twitter gives you the best chance to reach an audience around the world. You can talk to some of the most famous and powerful people on the platform, but more importantly, you can talk directly to your readers wherever they happen to be. And, you can reach new readers and fellow authors (who may turn out to be collaborators on projects in the future) that you might not have even known existed. By talking regularly with your audience and engaging with the people that like, share, and comment on your content, you can build brand recognition and loyalty for yourself and your books.

There are a few ways to think about engaging on Twitter. At a minimum, you should respond to people who are talking to you. Answer questions, acknowledge your fans, and retweet their love. And if you don’t have anyone talking to you? Get out there, start talking to other people. This could be spontaneous based on what you are seeing in your feed, or in reaction to what’s trending.

Don’t just like a tweet, or give small compliments such as “loved this!” Instead, try asking questions like “How did you discover this?” or “What was your favorite part about this?” Of course, those aren’t the specific questions to ask, but hopefully you get the gist. The key is to be interested. And when you do so, don’t be too self-serving or you will come across as someone who is only engaging for the sake of a book sale (and no one likes that person). Instead, open up conversations, get people talking. And go back to them from time to time and create new conversations. You want to create affinity with your audience.

To organize your outreach you can use a Twitter feature called Lists. A Twitter List — which any user has the ability to create and view — is an organized group of Twitter accounts you’ve selected and put together in specific categories. When you open a Twitter List, you only see tweets posted by the accounts on the list. You can also subscribe to other people’s lists and this is nice, because using a list, you can follow people and view that list, but not have to follow people directly. I have lists for people who write and read Historical Fiction, who love Italy, and who talk about food and wine  — all interests of mine.

You may sometimes see people’s bios that will say “No lists!” This happens because the user is frustrated by unscrupulous trolls and spammers who use lists to target individuals for harassment (and share that list with others to help in their harassing). I see this a lot with people who have political accounts. If you see that, it’s an indication that if you put them on a list, they will ban you. In my opinion, this isn’t really the best way to handle someone trolling you--just report and block the troll if it happens. Being put on a list isn’t usually something bad. Instead, it helps extend your reach to people who may not follow you directly but follow you on a list. While Twitter no longer shows you how many people have you on a list, I believe that some third-party tools will show you that (although Twitter has changed its access to certain features recently, so don’t quote me on that). When I last had access to that stat, I was on over 1800 lists by other people.

You can also use other people’s lists to find like-minded readers. Check out the lists of an author similar to you, and follow people on the lists they have created, or who they are a member of. Just note that if you are following people quickly, in rapid succession, on a list, then Twitter will temporarily stop you from being able to follow people. If you keep in mind that QUALITY is better than quantity you should be looking at all the bios and moving slow enough through a list that it shouldn’t happen to you.

Twitter Lists are great to help you organize your engagement. You can make public or private lists. Private lists are useful for keeping track of agents, bookstores, media, influencers, press people and book bloggers, so you’re able to easily review their posts, interactions, and content and engage with them. And by engaging, I’m not talking about a “BUY MY BOOK” sort of desperate engagement. I’m talking about responding to tweets they send out in a thoughtful, interesting way. And do so over time so that your name is familiar, and that there is a natural awareness and affinity you’ve created.

Twitter chats can also be a powerful way to engage with a number of people at the same time. A Twitter chat is a virtual meeting or gathering of people on Twitter to discuss a common topic using a specific hashtag.

Another simple way to engage is to retweet content from other people that your audience will find relevant. It shows that you find that content valuable, which is a slight way to flatter the person whose content you are resharing.

You can also directly engage your followers with video. While this is a business scenario (in my non-writing life as a professor at HubSpot Academy), Dr. Ai Addyson Zhang first connected to me by using video (here's the original tweet):

In just a few seconds, she made herself immediately unforgettable, and because of this video we have met in person and we are still collaborating today. This is something you can do with your readers and followers. But do so authentically. Be YOU, don’t force your enthusiasm.

There are a few things to consider so you don’t appear too sales-y, or even worse, creepy.

So, get out there and start chatting with your audience!

Crystal King is a 30-year marketing, social media and communications veteran, freelance writer and Pushcart-nominated poet. She is the author of the FEAST OF SORROW, about the ancient Roman gourmand, Apicius, and THE CHEF'S SECRET about the famous Renaissance chef Bartolomeo Scappi. Currently Crystal works as a social media professor for HubSpot, a leading provider of Inbound marketing software. Crystal has taught classes in writing, creativity, and social media at Harvard Extension School, Boston University, Mass College of Art, UMass Boston and GrubStreet writing center. A former co-editor of the online literary arts journal Plum Ruby Review, Crystal received her MA in Critical and Creative Thinking from UMass Boston, where she developed a series of exercises and writing prompts to help fiction writers in media res. Find her on Facebook, Twitter, Instagram, or at her website: crystalking.com

See other articles by Crystal King 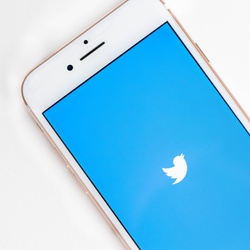