GrubStreet runs on coffee, printer ink, and community. This series features just some of the Grubbies who make our community strong. In this edition, meet Sarah Annibale, current student in the Novel Incubator and a 2017 Pauline Scheer Fellow. Sarah is an avid writer, traveler and wine enthusiast who once pursued a career in forensic science, until she realized that processing human remains and dusting for prints made better story material than career material. Now she works within the financial industry in human resources by day and pens crime thrillers by night, striving to become a published author. She holds a Master of Science in Management from the University of Maryland and a Bachelor of Arts in Anthropology from the University of Massachusetts. She and her husband are currently expecting their first child, and reside a stone's throw outside of Boston with their two cuddly French Bulldogs.

What author, living or dead, would you most like to have dinner with and why?

My initial response was going to be Tana French, because she’s everything I aspire to be in a contemporary mystery writer, but then I realized that what first drew me to writing as a kid were the talent and imaginations of Stoker and Dumas, and J.R.R. Tolkien. So I suppose I’d have to grab some really strong smelling salts and hope Ms. French doesn’t mind a few resurrected dinner companions joining us.

What are you working on?

I’m in the process of revising my entire crime/thriller novel for the Novel Incubator, which, right now, feels a lot like saying, “Oh, I’m just patching the hole in the Titanic’s hull and soon we’ll be up and running again.” However, I’ve got a great group of people in my cohort, so this seemingly insurmountable task is getting done, little by little, day by day. It’s been a challenging but amazing experience so far.

Interning in the Boston Medical Examiner’s Office; processing badly decomposed and/or mutilated human remains certainly was never boring and definitely had its weird moments. Yet it wasn’t the worst job I’ve ever had.

My husband races cars, so though he’s the driver and thus technically the star of the show, I’m the team “manager” and crew chief. I get to strategize, order him around on the radio, and veto his decisions. You could say it’s one of my favorite pastimes.

What first drew you to GrubStreet? (And what made you stay?!)

I sought out GrubStreet a few years ago after hitting a wall with my writing. I knew there was a ton I still didn’t know about the craft (and the world of publishing), I felt clueless about what my work lacked, and I was tired of being the only writer among a large group of friends and family who are non-writers. I stayed because Grub was not only a wonderful eye-opener, but because it’s a treasure trove of resources, talent, and, luckily, friends.

Want to find out more about all the other amazing people who make the GrubStreet community what it is? Check them all out here! And while you're at it, see what classes are on offer at Grub this fall. 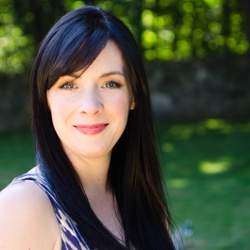