GrubStreet runs on coffee, printer ink, and community. This series features just some of the Grubbies who make our community strong. In this edition, meet student David Goldstein, who will be performing at Grub's Lit Up Gala on October 5th! David received his MFA from Emerson College in 2010 and graduated from Grub's Novel Incubator program this past year. His previous work has appeared in McSweeney’s, Tablet, and The Antigonish Review, among other publications. He lives in Arlington, MA with his wife and two daughters, both of whom believe that sleep is a form of weakness.

What are you working on right now?

A novel about a stand-up comedian who stops telling jokes and starts doing constitutional law on stage.

What are you reading?

I just finished The Weight of Ink by Rachel Kadish. It’s about a couple of academics in 21st century London who discover a trove of documents about a 17th century Jewish Community that arrived in England via Amsterdam and Portugal. It manages to be sad and moving and witty and intellectually stimulating and life-affirming at the same time. It shattered me and made me think I should be a plumber or something.

I was once a telemarketer for a summer in college. It was soul-crushing. I eventually got fired because I would sometimes use a Scottish accent and tell prospective customers that I was William Wallace. It was, however, weirdly gratifying for them to call me Mr. Wallace without irony.

Tie between Bonnie Tyler’s "Total Eclipse of the Heart" and Aha’s "Take on Me." Normally, I don’t have much range, but during the chorus of Take on Me, I briefly lose consciousness and am able to hit all the high notes. I once caused an old man’s pacemaker to explode.

What does being a “grubbie” mean to you?

Being part of an insanely great writing community. I know that if I were reading this, and I saw someone respond to this question with a banality about community, I would hate that person, but now that I’ve come to know GrubStreet, I am that person, and I make no apologies. No one finishes a book without some combination of support, feedback, love, constructive criticism, and inspiration. There’s a lot of that to go around at GrubStreet. Also donuts that are often filled with surprising kinds of jam.

Want to party with Grub at Lit Up? Snag your tickets here, or click the image below. 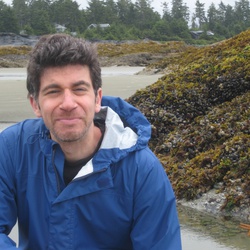