Madelyn & Madeline: When A Character Pops Out Of Your Book

Find out how to build the framework of your novel one bite at a time with Randy Susan Meyers in her Structural Steps: Building a Novel With Good Bones seminar on Saturday, July 15th.

There's a reason more people understand the Holocaust from The Diary of Ann Frank than from The Rise and Fall of the Third Reich. Story. Since the cave man days we've learned more history through storytelling than textbooks. I know I have.

Writing a novel that includes social, health or political issues carries great responsibility. We want our audience to learn as they're immersed in the story; those of us writing hot-button issues are impassioned. We want to write a compelling story. And then there is the third, equally important point of the triangle. We must be unflinchingly honest and also empathic with the characters carrying our banners. We must represent for the people who experienced in real life what we put on paper.

And, I believe, we must give back to those whose realities we've appropriated.
Soon after the hardcover version of Accidents of Marriage (a novel of a family shattered by a mother's traumatic brain injury caused by a her husband's reckless and angry driving) released, a woman came up to me before an event wearing a quizzical expression. She asked if I'd written about her. Had I read about her in the newspaper? Been told about her accident by a neighbor?

Her name was Madelyn.
Same as my character.

She was a social worker.
Yes, the same.

She had three children. Yes.

And she had suffered from serious traumatic brain injury (TBI) in a car accident eerily similar to--even geographically--my fictional crash.

After assuring her that I hadn't known of her accident, I gave her a copy of the novel (it was her birthday!) and asked her to contact me to let me know what she thought. Waiting to hear, I was as nervous as I'd be if I were anticipating a newspaper review. Maybe more. Though I'd heard positive responses from many who had family members with TBI, or who worked in the field, Madelyn was the first person suffering TBI I'd spoken to post-writing. Had my research and empathic stretching been satisfactory?

We had coffee, along with her friend Vicky, not far from where my characters lived in Jamaica Plain. Madelyn calmed my fears--the book passed muster--but more important, this Madelyn helped me envision book-character-Madeline years down the line. Courageous. Funny. Heroic. Smart. Reader. Grandmother. Mother. Wife. Avid reader. Very strong at the broken places.

In the "thank goodness" department, though Madelyn Bronitsky's injuries were similar to those I wrote about, her husband Sam was blessedly different from husband-Ben in Accidents of Marriage. Where Ben fought rage that brought character-Madeline into harm's way, an anger that followed them through her recovery, Sam became Madelyn's rock. Knowing this essay was coming, she wrote to me:

U should mention my husband, unlike the one in the book, is wonderful, supportive. That I wouldn't be in the shape I'm in if I hadn't got help from him and my whole Temple Hillel Bnai Torah in West Roxbury community.

Meeting people--readers, writers, bookstore-folk (often all three in one)--through one's books is a joy. Meeting those who've lived pieces of your characters lives is transcendent for the breathless wonder it engenders, the joy of learning you touched those who really know, but most important, to remind us of the responsibility we have to tell the truth of the story. To remember that for some, our stories may be the only introduction to the topics we explore and we better get it as right as we can.

Recently I wrote to Madelyn for help in identifying a group with whom I could join for my paperback release. Using each book launch as a fundraiser--where all sales are matched for a non-profit that connects to my book--is an offshoot joy. Madelyn shot an email back instantly:

What immediately occurs to me is AccessSport, the organization with whom I exercise in the winter at the Y and in the summer I go canoeing and biking at Spaulding. I just emailed Ross Lilley, the guy who developed the program to get the address. I am allowed to bring friends canoeing or hiking with me if u ever have time. I would love to take u.

This is the generosity Madelyn brings to the world; she may not be able to keep up with the rigors of social work, but she still cares for all around her. Madelyn reached out to the director that moment. When I then asked my friend Marianne Leone, author of Jesse: A Mother's Story, what she thought of AccessSport, it turned out her son, Jesse, had some of his peak moments (maybe more nerve-wracking than fun for Marianne, though. Doesn't motherhood always mean being the one holding your breath?) windsurfing and tubing at AccessSport, a nonprofit which inspires higher function and fitness for children and adults living with challenges through high-challenge sports and training. And in case it wasn't all clearly bashert (meant-to-be) Marianne Leone and her husband Chris Cooper are on the board of directors at AccessSport. 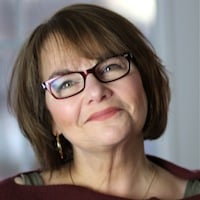 Randy Susan Meyers' internationally bestselling novels are informed by years working with families impacted by violence— and a long journey from idolizing bad boys to loving a good man. Her novels have three times been chosen by the Massachusetts Center for the Book, as "Must Read Fiction,” writing, “The clear and distinctive voice of Randy Susan Meyers will have you enraptured and wanting more.” Kirkus Reviews said about her fifth novel, Waisted, “Meyers spins a compelling tale, raising critical questions about familial, social, and cultural messages about body image. ” Publishers Weekly described her fourth novel, The Widow of Wall Street, as “An engaging and sharp reflection of the rapid changes in marital dynamics over the course of the twentieth century, as well as a cautionary tale about the dangers and allure of ambition in the heyday of Wall Street.” Accidents of Marriage, her previous novel, was a People Magazine Pick. Her debut, The Murderer’s Daughters, was the Target National Book Club Pick. Meyers teaches writing at Grub Street in Boston and Writers in Progress in Western MA.

See other articles by Randy Meyers