Twice a month, we feature our favorite literary links. As ever, we promise: You’ll laugh. You'll ponder. You won’t get any writing done.

In TriQuarterly Magazine, author and Grub instructor Alysia Abbott discusses her memoir and soon-to-be feature film Fairyland, as well as the challenges of writing about family and motherhood:

From The New Yorker, author Ta-Nehisi Coates joins David Remnick for a discussion of his life and career:

In The Bookseller, novelist Kerry Hudson examines the lack of diversity in the UK's publishing industry:

The State of Publishing in Britain

The longlist for the Man Booker Prize, one of the most prestigious literary awards, was announced Wednesday. Here's an in-depth look from The Atlantic:

Inside the 2015 Man Booker Longlist 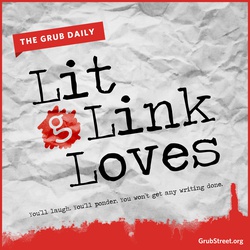