In the April 2019 edition of "Best of Boston," we bring you our top Boston lit events this month, curated from the Boston Literary District's event calendar, an essential source of literary happenings.

Jericho Brown is the author of three collections of poetry: The Tradition (2019); The New Testament (Copper Canyon 2014), which won the Anisfield-Wolf Book Award and was named one of the best of the year by Library Journal, Coldfront, and the Academy of American Poets; and, Please (New Issues, 2008) which won the 2009 American Book Award..  His poems have appeared in The Nation, The New Yorker, The New Republic, and The Best American Poetry.

Join Emerson WLP for a reading and screening with Ytasha Womack. Free and open to the public. Ytasha L. Womack is an award-winning producer, director, author, and innovator. She is author of the critically acclaimed books Afrofuturism: The World of Black Sci Fi & Fantasy Culture, Rayla 2212, Post Black: How a New Generation is Redefining African American Identity; and co-edited Beats Rhymes and Life: What We Love and Hate About Hip Hop. Afrofuturism is a 2014 Locus Awards Nonfiction Finalist, and Post Black was hailed as a Booklist Top 10 Black History Reader of 2010.

Duanwad Pimwana is a major voice in contemporary Thai literature. She won Southeast Asia’s most prestigious literary prize—the S.E.A. Write Award——in 2003 for her novel Bright, and she is also the recipient of awards from PEN International Thailand and others. Acclaimed for her subtle fusing magic realism with Thai urban culture, she has written nine books, and for the first time two of her books will be published in the US in English translation. Join us for a conversation with Duanwad’s Thai to English translator, Mui Pooposakul, who will discuss Duanwad’s work in the context of contemporary Thai literature.

The Do-Over is an inspirational story about waiting for clarity, trusting your inner wisdom, and the surprising turns life takes when you let go and believe in possibility. A refreshing reminder that you can always begin again.

In this chronicle of mourning and survival, Ali Liebegott wallows in loneliness and over-assigns meaning to everyday circumstance, clinging to an aging dog and obsessing over dead birds. But these unpretentious vignettes are laced with compassion, as she learns to balance the sting of death with the tender strangeness of life.

Peter Swanson is the author of three novels: The Girl With a Clock For a Heart, an LA Times Book Award finalist; The Kind Worth Killing, winner of the New England Society Book Award, and finalist for the CWA Ian Fleming Steel Dagger; and his most recent, Her Every Fear. His books have been translated into 30 languages, and his stories, poetry, and features have appeared in Asimov’s Science Fiction, The Atlantic Monthly, Measure, The Guardian, The Strand Magazine, and Yankee Magazine

The Arlington Author Salon is a free reading series with a twist: each author’s presentation includes something special to tickle the senses. Music, paintings, photographs, tasty treats, fabrics, even smells! Let yourself be transported with an immersive, literary experience.  Our Thursday April 4th reading features Jenna Blum, Christopher Castellani, and Whitney Scharer offering their literary take on Love in Tumultuous Times.

WLP Publishing Series: What It’s Really Like to Run a Glossy Magazine

Anne Fulenwider is the Editor-in-Chief of Marie Claire, a position she has held since September 2012. She appears as a frequent judge on the Emmy-winning TV show Project Runway and the mentor on Project Runway All Stars. Fulenwider launched her career at The Paris Review and spent a decade at Vanity Fair. In 2017 she was named to the New York State Council on Women and Girls by Governor Andrew Cuomo.

Join us for a night of poetry! Aspiring poets wanting to try something new and expert word crafters wanting to get a broader audience are welcome. We ask that each poet plan on reading 1-2 poems or about 5 minutes worth of craft. Those interested in signing up for a spot should speak with a bookseller or email us at [email protected] today! We invite all poets age 12 and up to participate though Belmont Books is not responsible for content.

Reading with Michael Dobbs at the BPL

Michael Dobbs was born and educated in Britain, but is now a U.S. citizen. He was a long-time reporter for The Washington Post, covering the collapse of communism as a foreign correspondent. He has taught at leading American universities, including Princeton, the University of Michigan, and Georgetown. He is currently on the staff of the United States Holocaust Memorial Museum.

An accomplished poet, playwright, and writer, Jabari Asim has been described as one of the most influential African American literary critics of his generation. Asim has served as the editor-in-chief of Crisis magazine–the NAACP’s flagship journal of politics, culture, and ideas–and as an editor at The Washington Post, where he wrote a syndicated column on politics, popular culture, and social issues. He is the recipient of a Guggenheim Fellowship in Creative Arts and is the author of six books for adults and nine books for children. His most recent works are We Can’t Breathe, A Child’s Introduction to African American History, and Brother Nat.

Reading with Austin Kleon at the BPL

The world is crazy. Creative work is hard. And nothing is getting any easier! In his previous books—Steal Like an Artist and Show Your Work!, New York Times bestsellers with over a million copies in print combined—Austin Kleon gave readers the key to unlock their creativity and then showed them how to share it. Now he completes his trilogy with his most inspiring work yet. Keep Going gives the reader life-changing, illustrated advice and encouragement on how to stay creative, focused, and true to yourself in the face of personal burnout or external distractions.

How do Male and Female Authors Differ When Writing Crime Stories?

Moderator, Christine Bagley, author of five short mystery stories, and a finalist for the Al Blanchard Award in Best Short Crime Fiction, will discuss the differences between male and female authors when writing crime stories. Guest authors will be Bruce Robert Coffin, a former detective sergeant, short story writer, and author of the novel, Beyond The Truth, Christine Eskilson, a finalist for both the Al Blanchard Award for Best Short Crime Fiction, and Women’s National Book Association, and Gabriel Valjan, short story writer, and author of the Roma series, and The Company Files: The Good Man.  Differences to be discussed include violence, sex, swearing, POV, whether readers prefer female or male crime writers, and who publishes more often.

Selected by President Obama to be the fifth inaugural poet in history, Richard Blanco followed in the footsteps of Robert Frost and Maya Angelou. The youngest, first Latino, first immigrant, and first openly gay person to serve in the role, he read his inaugural poem, “One Today,” on January 21, 2013. Blanco and his family arrived in Miami as exiles from Cuba through Madrid, where he was born. The negotiation of cultural identity and universal themes of place and belonging characterize his three collections of poetry. His poems have also appeared in The Best American Poetry and Great American Prose Poems. Blanco is a fellow of the Bread Loaf Writers’ Conference, a recipient of two Florida Artist Fellowships, and a Woodrow Wilson Visiting Fellow.

Speculative Boston is a free quarterly reading series for science fiction, fantasy, and horror of all kinds. Join us at Trident Books & Cafe in Boston, when our guests will be Julian K. Jarboe, Christopher Golden, and Theodora Goss. The night includes short readings, a lively discussion and Q&A, and plenty of time for signing books and hanging out.

Grub instructor Sari Boren premieres her solo show, EXHIBITING, with the Newton Theatre Company. After years of telling historical stories in museum exhibits, exhibit writer Sari Boren finds that the stories she still struggles to understand are those of her own family’s history. In this one-woman show, Sari takes us from a critique of the 9/11 Museum to a family trip in modern Berlin, and back in time to Eastern Europe in the 1940s, to examine how we wrestle with and remember our personal stories within the large canvas of historical events.

Author Michael C. Keith celebrates the publication of his new book: “Stories in the Key of Me,” published by Regal House Publishing. 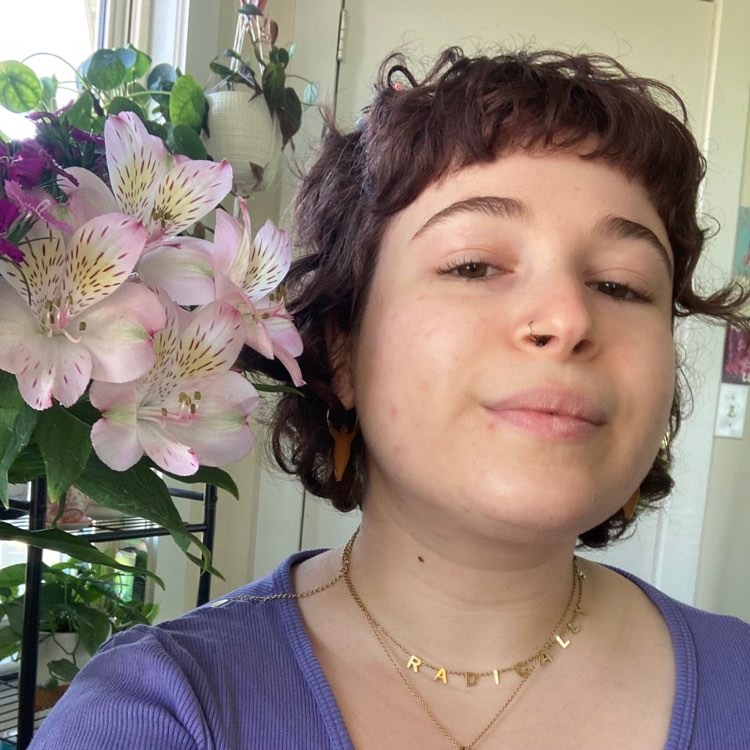 Hannah Levinson (she/her) serves as the Development Associate for Membership & Individual Giving at GrubStreet. She serves as the primary point of contact for the GrubStreet membership program, and supports the Senior Manager for Leadership Giving in donor stewardship. She is a graduate of Northeastern University with a BA in English and Theatre, minor in Writing. Previously, Hannah worked at Actor's Shakespeare Project as their Social Media Coordinator and at the National Women's Theatre Festival as the Artistic & Administrative Apprentice. As an artist & writer, Hannah strives to bring an ethic of care and justice into whatever project she's working on. She wears a variety of hats, including playwright, researcher, stage manager, dramaturg, director, avid baker, and devoted plant parent. When she's not at GrubStreet, she's probably cooking up something tasty in her cozy home in Jamaica Plain.

See other articles by Hannah Levinson 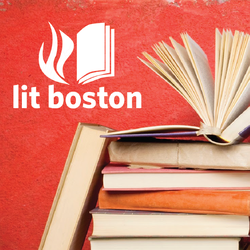