I Start with the Bones: Author Kim Savage on Process & Promotion

It’s been an exciting ride for journalist and long-time Grubbie Kim Savage, who just released her third YA novel, In Her Skin, following the success of After The Woods in 2016 and Beautiful Broken Girls (one of Kirkus’s 10 Best YA) in 2017. In Her Skin is the story of a con artist, Jo Chastain, who insinuates herself into the family of a missing girl by impersonating her, until it becomes clear the family has a secret of its own. New Grubbie A. C. Jones caught up with Kim in advance of her appearance and book signing at Belmont Books this Monday, May 14th, 7:00 pm, with author Aimee Molloy.

AJ: In Her Skin, your third YA novel, was just released, and it’s a page-turner! Tell me about how you get your ideas.

KS: My stories always start with a question. Her Skin, I wondered, why would you accept a story when you knew it wasn’t true? Then, I created characters that could answer that question for me, and their journey became my plot. Henry and Clarissa Lovecraft and their daughter, Temple, are confronted by the appearance of Jo, who pretends to be Vivienne Weir, a girl who went missing from their home seven years earlier. Have I hooked you yet? I hope so!

AJ: What is your writing process from draft to publication to promotion?

KS: I start by writing the bones of the story. That means a fast, messy first draft. I refine it, and that version goes to my agent, Sara Crowe, who tells me if it’s ready to send to my editor, Janine O’Malley at Farrar, Straus, Giroux. Janine writes an editorial letter, which contains suggestions for revisions. Revisions take a few months: my schedule, to date, has been tight (my books came out in 2016, 2017 and 2018). Once line and copy edits are complete, and the book is in production, I start focusing on promoting the book, going hard at it around three months out.

I tend to put life on hold to make deadlines. I’m not sure if that’s how every writer operates. Part of it is that I’ve worked on deadlines my whole life, but it’s also the sense that I owe the work everything I’ve got. It becomes another child, and it’s a needy one.

AJ: When did you start working with GrubStreet?

KS: I wrote my second novel, Beautiful Broken Girls, in Grub’s Prose Studio with Katie Willis! Once a week, she read us writing prompts. I can admit now that I never used them. Instead, I used the time to complete my novel. Driving into Boston for that structured writing time every Monday set the tone for the week. It forced me to take the work seriously, to treat it like what it was: my full-time job.

I’ve been lucky enough to present three workshops at GrubStreet’s the Muse and the Marketplace Conference, most recently last April, when I led a session on subverting tropes in Young Adult literature. We had way too much fun talking about the staggering death toll of parents in YA, for example, and the dreaded manic pixie. The Muse attracts such a diverse group of writers who are serious about . It’s unique and special, and it’s an honor to be a part of it.

AJ: What drew you to the YA market and specifically the noir niche?

KS: I didn’t start writing YA intentionally. The protagonist of my first novel, After the Woods, was a teenager who didn’t age out over the course of the novel. The story was told in her voice. And the central question—would you risk your life to save your best friend?—was something of a coming-of-age question. All of these things added up to a YA novel, and I’ve been writing them ever since. Lucky me. It’s an exciting time to be writing YA, which is arguably at the forefront of every current social movement.

As for noir, I’ve been a sucker for the genre ever since I saw the movie LA Confidential. I have a weakness for moral ambiguity in any form, really.

AJ: What is the most challenging part of being an author? Is it the actual writing, coming up with ideas, or promoting your work?

KS: The latter. Ideally, I’d like to remain in my hole, doing the work and letting other people shout about it. Promotion runs counter to every grain my being. I’ve learned to try to make it about meeting people: readers, librarians, bookstore folks, and other authors. I can find joy in that.

AJ: Here’s the question: how do you manage to balance it all—writing, and raising a family?

KS: I don’t. Which is hard, because I’m a Libra and I love balance. I have creative friends who do a glorious job of integrating their family lives and their work. Not my thing. I need to plug that vigilant, reactive ear you develop after you have your first child, which is why I started writing fiction mainly at when no one needed me for anything.

On the upside, I believe there’s immense value in having your kids see you love your work. Writing’s not a job, it’s a vocation, and I want my children to find careers that nourish their souls, too. If it means they were raised eating Annie’s mac and cheese twice a week, well.

AJ: And the million-dollar question: what advice would you give to aspiring writers?

KS: There are so many distractions that can siphon your power. Chief among these are worries about your so-called platform, which of course means time spent on social media. I found peace when, like Jo in In Her Skin, I remembered who I am: a writer’s focused on craft.

AJ: What’s the next chapter for you?

KS: I’m writing a gender-flipped retelling of Shakespeare’s Richard III, the greatest villain of all time. I’m having so much fun with it! I also finished the first draft of a thriller about two girls who discover they’re seeing the same guy. That said, if you think the story is about a straight-up rivalry over a boy, then you don’t know my books.

Kim won the Lit Idol Award in 2014 and she is a regular presenter for the Muse and the Marketplace. She also mentors teen writers when she’s not presenting at conferences or writing her latest masterpiece. She regularly reads from her novels at bookstores and book festivals across the country and her novels are published internationally and have been optioned for TV. Find out more at .me. 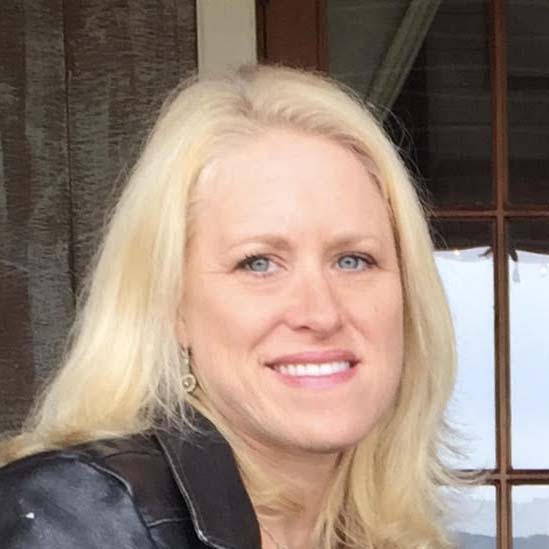 A.C. Jones is a stay at home mom and aspiring writer. She writes essays, blog posts, screenplays and musicals but can’t seem to finish them. She gets inspired by authors like Kim and the GrubStreet community.

See other articles by A. C. Jones 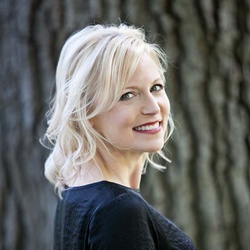