"I Like to Immerse Myself In My Story": Angie Chatman interviews Lisa Braxton About The Talking Drum

Winner of the 2020 National Association of Black Journalists Outstanding Literary Award, Lisa Braxton's debut novel, The Talking Drum, takes place in 1971 in the fictional city of Bellport, Massachusetts. As the novel opens, the city is in decline with an urban redevelopment project on the horizon that is expected to transform this dying factory town into a thriving economic center. This planned transformation has a profound effect on the residents who live in Bellport as their own personal transformations take place. Sydney Stallworth steps away from her fellowship and law studies at an elite university to support husband Malachi's dream of opening a business in the heart of the black community of his hometown, Bellport. For Omar Bassari, an immigrant from Senegal, Bellport is where he will establish his drumming career and the launching pad from which he will spread African culture across the world while trying to hold onto his marriage. Della Tolliver has built a fragile sanctuary in Bellport for herself, boyfriend Kwamé Rodriguez, and daughter Jasmine, a troubled child prone to nightmares and outbursts.

Tensions rise as the demolition date moves closer, plans for gentrification are laid out, and the pace of suspicious fires picks up. The residents find themselves at odds with a political system manipulating their lives and question the future of their relationships. The story examines the profound impact gentrification has on people in many neighborhoods and how being uprooted affects the fabric of their families, friendships, and emotional well-being. It focuses not only on the immigrant experience but also on how the immigrant/African American neighborhood interface leads to friction and tension.

Angie: Your title, The Talking Drum, is also the name of the bookstore that's at risk of closing due to urban gentrification. It's also a reference to the actual music one of the characters makes. And it echoes the fact that slaves used drums to communicate. Were you thinking about all of these connections when you chose The Talking Drum as your title?

Lisa: When I decided on the title The Talking Drum, I was thinking about the bookstore serving as a form of communication for the largely Black community in the Liberty Hill section of Bellport, much as the drums served as a vital means of communication in African villages.

Angie: Did you play the drums? In your high school's band, for instance?

Lisa: No. Although, after I decided to feature an African drummer in my story, I did take lessons.

Angie: Wow. I know writers need to also be able to research material for their stories, but drum lessons? That's a significant investment of time and energy.

Lisa: Once, when I was working as a television journalist, I trained with the firefighters, carrying all that gear, going into buildings where there were controlled fires, and looking for hot spots. I like to immerse myself in my story to add those sensory details that make the story richer and more enjoyable for the reader.

I learned so much about the complexity of sounds that can come from drumming and the musicianship required to play the instrument well. I decided that having my character Omar be jealous of fellow drummer Khadim — because Khadim was able to play the talking drum so well and cause his female fans to get quite animated — would add a delicious element to the story.

Angie: It did. I really enjoyed that aspect of the story. There are many paths to publication, and you've described on your blog how the publishing industry has "diversity issues." How did you find your publisher?

Lisa: After enduring years of rejection from literary agents, I was frustrated and dejected. In 2017, I attended the Association of Writers and Writing Programs (AWP) conference. At the book expo, I targeted smaller presses to introduce myself and to pitch my book. I initially bypassed Inanna Publications' booth because it is a Canadian press. However, after making the first rounds, I introduced myself to the editor at Inanna, and she encouraged me to mail her the manuscript. About six months later, I received an email notifying me that my manuscript had been accepted.

I think that since Inanna is a small feminist press, they had the wherewithal to carefully read my manuscript and appreciate its multilayered themes.

Angie: How has the Covid-19 pandemic affected your ability to publicize your book? It seems a lot of writers have had to cancel book tours and other planned events.

Lisa: Actually, I've been able to reach more people via Zoom. I was part of the Class of the 2020 Debutante Ball Booklaunch. This organization chooses five first-time authors each year and helps promote their books. I hired a publicist, which was a significant investment, but a wise one. She's helped me take advantage of opportunities to publicize my book that I might not have thought of. And I'm in a variety of groups, including the Women's National Book Association and GrubStreet's Boston Writers of Color group, that help marginalized authors with outreach and support for their books.

Angie: So, what are you working on now?

Lisa: Another novel. It's in its early stages and fits more into the historical fiction category. Boston was a stop on the Underground Railroad, and many abolitionists lived here on Beacon Hill. I know one of my characters is an escaped slave, another is based on one of the abolitionists, and the rest I'm figuring out.

Angie: I saw your Facebook live conversation with former GrubStreet instructor Hallie Ephron. In what other ways has GrubStreet supported you as a writer and author?

Lisa: GrubStreet has been wonderful. I have enrolled in a variety of classes — mostly essay and short story classes — for over 15 years. With the insightful and thorough feedback and critiques from instructors and classmates, I had several pieces published, which helped me with my motivation to keep working on my novel, The Talking Drum.

Another boost from GrubStreet comes from the Department of Congratulations feature in the "Spreading the Love" newsletter in which I've been able to announce my publishing news. And GrubStreet has tweeted about me, which helps to enhance my profile as a writer.

For example, I attended a forum at GrubStreet in which producers from WBUR's The ARTery explained how to pitch story ideas to the news outlet. I followed up and wrote a book review that got published. And I had a piece about Black-owned businesses in the Boston Globe's Sunday magazine.

We have this image of writing as being a solo endeavor, and it is in a lot of ways. But getting published is more of a community effort, and I'm blessed to be a part of the GrubStreet community.

Lisa Braxton is an essayist, short story writer, and novelist. She earned her MFA in creative writing from Southern New Hampshire University, her Master of Science in Journalism Broadcasting from Northwestern University and her Bachelor of Arts in Mass Media from Hampton University. Her debut novel, The Talking Drum, was published by Inanna Publications in May 2020 and is available for purchase on Bookshop.org and Amazon. 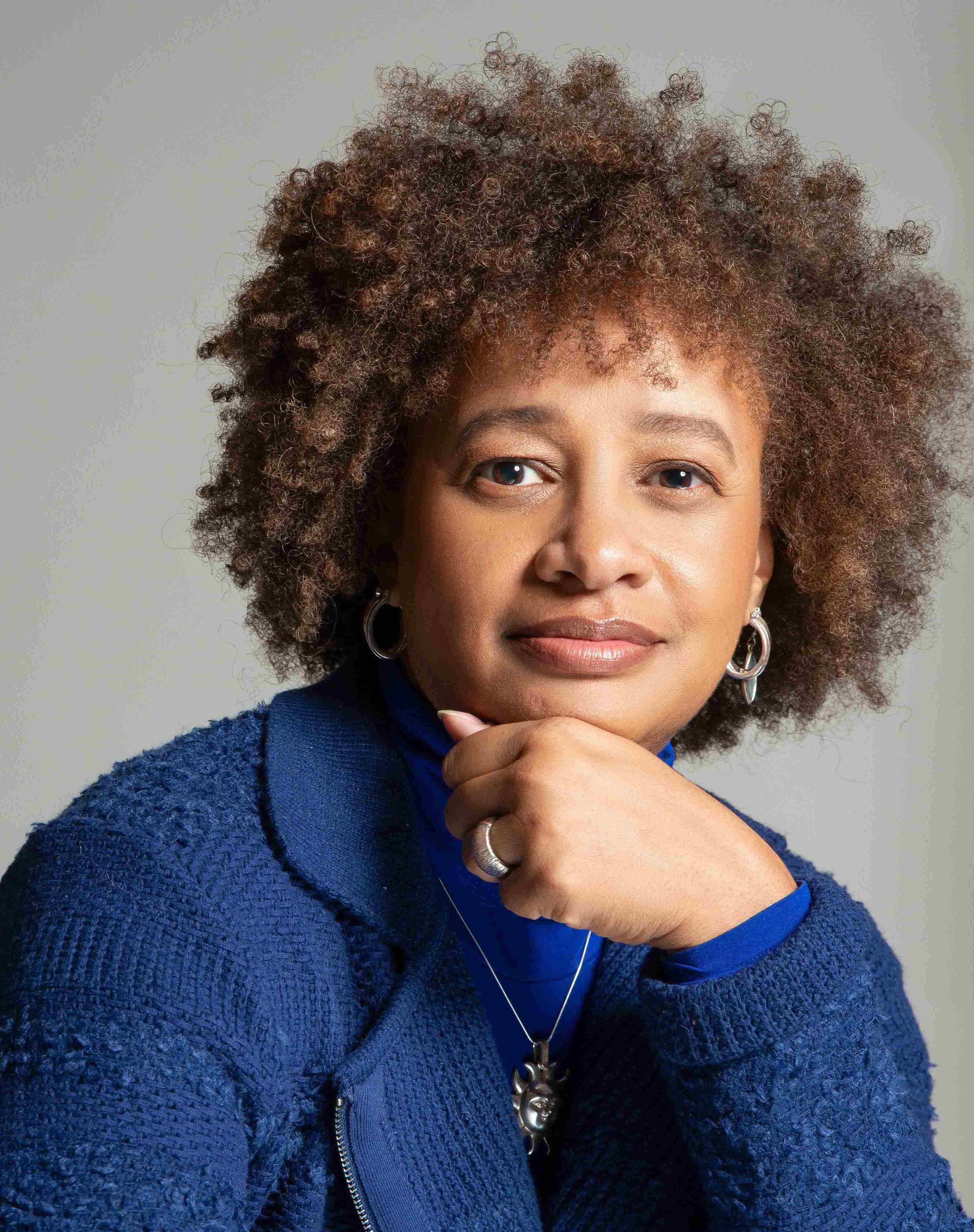 Angie Chatman is a freelance writer, editor, and storyteller. Her essays and short stories have been anthologized in Dine (Hippocampus Books), and have appeared in Literary Landscapes, the Rumpus, Blood Orange Review, Hippocampus Magazine, and fwriction:review. She has performed stories for The Moth Radio Hour, the RISK! Podcast and StoryCollider. Her story "Growing Up Black" appeared on the World Channel television series Stories from the Stage (WGBH) and won a WEBBY award. In 2020 she was nominated for a Pushcart Prize for her essay "Ode to Poundcake", which appeared in Pangyrus. Angie is a Fellow of the Kimbilio Center for Black fiction and has received support from the Virginia Center for the Creative Arts (2020) and Ragdale (2021). An engineer by degree, Angie also holds an SM from MIT, and earned her MFA from Queens University in Charlotte, A Chicago native, she lives in the Dorchester neighborhood of Boston with her husband, children, and rescue dog, Lizzie.

See other articles by Angie Chatman 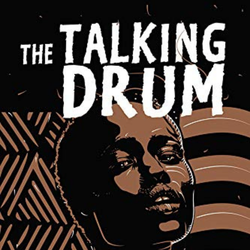