About
Writing the Family

In the first creative writing class I ever took, we workshopped a peer’s story called, Tidal.

I wrote a long review of the piece describing its ebb and flow and how its two references to the sea served as a low-key motif for the stormy relationship between the two main characters.

It wasn’t until I referred to its title – Tidal – aloud in class that I caught onto the joke. I felt duped and thrilled at the same time.

Whenever I find myself stuck in middle of a poem or story, these days, I create a new file and make a long list of alternate titles – something I stole from Hemingway.

As unsettling as this can be, I love how it forces me to take my current draft and look for undercurrents, to imagine and reimagine what the piece might ultimately be about.

When my older daughter was three, she came to us one night and asked if we could start calling her by a new name – Bevil.

What’s a Bevil? we asked.

My new name, she responded.

When we agreed, it opened the floodgates and before we knew it her name had expanded to Bevil-Red-Green-White-Green-and-Blue-Bugaboo-Rapper.

None of those names stuck, of course, but she relished the freedom to reject the name that we had forced upon her.

I like it when my poems and stories feel that kind of freedom, too – start grumbling about self-determination and free will.

When my first book of poems – which chronicled my time as a Peace Corps Volunteer in Zimbabwe – was originally accepted for publication, I’d wanted to call it Close to Closure. I liked the play between those two similar sounding words and how they seemed to suggest that we never really move on from our past.

But a few months before it came out, a friend recommended that I call it Strange Borderlands instead. And suddenly the entire collection felt a little less sure of itself, more in touch with its tensions than intentions and therefore more open to possibilities.

The challenge of finding a good title, then, is figuring out how to construct meaning without constricting it, how to both capture the essence of a piece and free it.

In A Name, by Linda Pastan, (which begins with the epigraph, for Susan who became Shoshana,) she writes:

My grandfather gave me a name

in Hebrew I never heard,

but it died with him.

If I had taken that name

who would I be,

and if he calls me now

how will I know to answer?

It reminds me of the way that my older daughter, who’s now six, is always asking about what other names we considered for her before she was born, wondering what her life would have been like as an Alma or Maya or Oscar.

I like to revise my poems and stories until they have that kind of existential angst.

And though finding the right title sometimes feels as hard as getting my four-year-old to keep her hat on, if I keep at it long enough, a word or two always seems to rise to the top, offering the simplicity, as Oliver Wendell Holmes wrote, on the other side of complexity.

Ben Berman’s first book, Strange Borderlands, won the 2014 Peace Corps Award for Best Book of Poetry and was a finalist for the Massachusetts Book Awards. His second collection, Figuring in the Figure, was recently selected as a Must-Read by the Mass Center for the Book. And his new book, Then Again, came out last November. He has received awards from the New England Poetry Club and fellowships from the Massachusetts Cultural Council and Somerville Arts Council. He teaches at Brookline High School and lives in the Boston area with his wife and two daughters. www.ben-berman.com

See other articles by Ben Berman 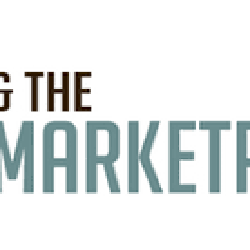