Everything Novel: Grub Authors Talk Craft and Lessons from the Incubator

This month at DeadDarlings, we spoke to two graduates of the Novel Incubator program—Belle Brett and Stephanie Gayle. They told us all about their recently published novels and the craft lessons from class and life that they applied to their books.

What drew you to this material, and how did the story take shape?

In my 20s, I traveled for a year, spending most of my time in Asia. After my original plans to go to Australia went awry because of a typhoon, I found a cheap ticket that would take me back to the US with stopovers of in various Asian cities, including Osaka and Tokyo. I planned to spend only a few weeks in Japan as I was low on money, but through a  I’d made earlier in the trip, I took a job as a bar hostess for a few months. It was one of the most eye-opening and challenging experiences of my life. Years later, when I became interested in screenwriting, I drew on those experiences in Japan as the basis for a screenplay. I novelized it shortly thereafter, abandoned the project for a while, and then attended a novel writing workshop in Tucson in 2006. The workshop leader loved the premise and thought it was highly marketable but encouraged me to ramp up the stakes, the drama, and the sex. And, so I did!

This part of the revision process involved doing extensive research on a variety of subjects, including Japanese nightlife and sexual culture, Zen, the yakuza (Japanese gangsters), and Japanese arts, among others. At this stage, I found myself moving further away from my own experiences as I restructured the plot. Although I always told the story as a first-person narrative, my protagonist is very different from me in background, personality, and goals. I think those differences freed me up to allow her to venture into some dark territory. At some point, maybe after the third draft, I began to see the parallels in my story with the Wizard of Oz, and I made a deliberate decision to take advantage of those parallels. They aren’t crucial to one’s appreciation of the novel, but they do add another layer.

You’ve populated your novel with an appealing cast of secondary characters—Berta, Baby Elvis, and Hiro, to name a few. What advice can you share with fellow writers on how to render support characters successfully?

In order to write secondary characters successfully, you have to flesh them out so that you could picture them starring in their own stories. They should be distinguishable by their voices, their looks, their mannerisms. I’m often surprised when I read novels by well-respected authors, and their characters all sound alike. Writing detailed character sketches, including backstories, and rewriting some scenes from a secondary character’s point of view can help you understand them better. Basing parts of your secondary characters on people you know can bring them alive. In my novel, Berta, Hiro, and Penny (Berta’s daughter) were inspired by my memories of specific people I met while in Japan. But I mix and match traits and appearance from different people, too, in this creation process.

Can you talk about the process of taking this book through successive drafts toward a finished manuscript? What role did GrubStreet’s Novel Incubator play in that evolution?

“Gina” went through many, many drafts. The most significant changes happened between the first draft and the fourth draft, and then again after I participated in the Incubator program in 2011-12. Over the years, I received a lot of feedback from various people, including my ongoing writers’ group that came from a Novel in Progress class I took at GrubStreet in 2006-07. In between writing the middle and last drafts of “Gina,” I wrote several drafts of a very different kind of novel—the one I used in the Novel Incubator. That one went through some major changes during and after the program. After I shopped it around without much success, I returned to “Gina,” which my husband (one of my favorite editors!) believed was the more marketable of the two.  Prior to the Incubator, I thought “Gina” was in pretty good shape, but with my new critical eye, I saw that it needed some serious editing—starting the story much later, eliminating extraneous scenes and characters, and tightening it up at the sentence level.

Read more of our conversation with Belle here!

Stephanie Gayle’s third book in four years, Idyll Hands, hit the stands in early September. It is the most recent in her celebrated Thomas Lynch mystery series, following Idyll Threats and Idyll Fears. Idyll Hands features Chief Thomas Lynch, a gay police chief stationed in a small Connecticut town, and one of his detectives, Michael Finnegan. Almost thirty years ago, Finnegan’s sister disappeared into thin air and was never heard from again. When a young woman’s body is uncovered in the woods outside of Idyll, Finnegan becomes overly enmeshed with the case. The Strand Magazine says this latest work is “one of the best books we’ve read this year.” Mystery Scene Magazine calls it “Outstanding.”

Did you always envision a series?

I did when my editor asked if it was a series and I realized that meant the publisher would buy more books. But I was also still interested in it and wanted to write more about Thomas. If I had been less intrigued by him and his future, I wouldn’t have been able to write more books. Series have both good and bad things about them, and it’s been fascinating to learn more about writing one from the  since I binged mystery series as a reader for many years (and still do).

Getting in and out of scenes is so hard to do and braiding them together into an interesting, meaningful story is near impossible. As in your previous work, you make this look like an easy thing to do in Idyll Hands even though you’re working in both the past and present tense. Tell us your secrets.

Bless you. My tools  Excel spreadsheets, calendars printed from the time periods I am writing in, and a brilliant editor, Dan Mayer, and copyeditor, Jade Scibilia. I stole the spreadsheet idea from fellow Novel Incubator student, Mandy Syers. For every chapter in the novel, I track the pages, the date and time that it takes place in, major plot elements, and add notes like “add scents.” The spreadsheet really helps me see if I’ve lost a narrative thread for too many chapters or if I am neglecting a character for too long. This helps me keep the elements I need the reader to remember up front, and not out of sight for too long.

GrubStreet was where I began taking creative writing courses after I left New York, heartbroken, and a hot mess, in 2002. I think of it as the place that nurtured me and gave me a community. The Novel Incubator taught me even more, and I acquired a tribe of writer friends I rely on daily. I can’t say enough good things about it. It was a lot of hard work, but so is writing a book a year, so it was excellent preparation.

Read more our of conversation with Stephanie here! 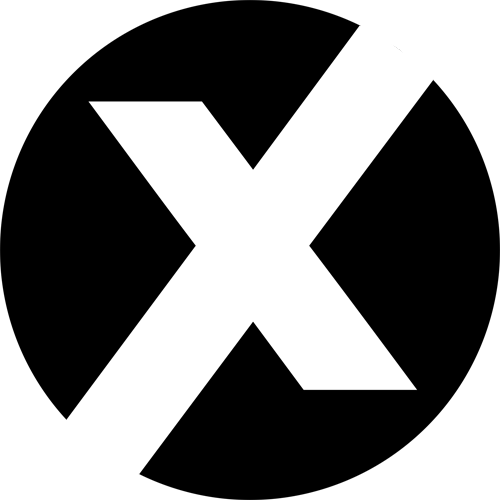