Denis Johnson is one of those writers I read over and over, and learn something every time. I recently assigned his classic story “Emergency” to students, and suggested we analyze it in terms of plot. More specifically, through the lens of Charles Baxter’s notion of “Captain Happen.”

In his talk on “Momentum and Urgency” at the Muse and the Marketplace conference last May, Baxter listed half a dozen devices “to get a story going and keep it going.” Captain Happen was one of those, described as “a focusing agent that makes things happen.” I thought it would be interesting to try to identify that force in Johnson’s iconic story, which can seem meandering and aimless on first read. And yet, the power of it!

As we talked about the story, the class determined that Georgie, the orderly who we first meet mopping imaginary blood from the emergency room floor, and who soon after ushers in a man with a knife in his eye. Georgie is the catalyst for all the action in the story, which unfolds as a series of drifting episodes between Georgie and the narrator, known only as Fuckhead. It works. It helped us all to read the story that way, to see how in fact Georgie and his drug-addled state triggers everything from Terrence Weber’s knife-laden eye to the dawn truck ride that leads the men to a litter of baby rabbits. Recognizing Georgie – and not the narrator – as Captain Happen helps unveil the story’s genius: with his friend as the instigator, the narrator is able to slowly recognize, and reveal to us readers, his growing ambivalence about the drug addiction that renders his experiences a string of disconnected episodes, many of which he forgets as soon as they happen. Georgie has no such ambivalence, and therein lies the punch.

Looking at “Captain Happen” instead of looking for a traditional plot arc helped us shed light on the Johnson story and gave us a window into deep craft.

Another way to look at the story is to say that drugs are Captain Happen. Just before every significant development and course shift in the story, there’s a reference to the characters taking drugs. So through juxtaposition, Johnson establishes drugs not just as the source of the surreal atmosphere, but as the trigger for each event, each turn. It’s a helpful way to see how a story’s “focusing agent,” the force that makes things happen, can be something as well as someone. 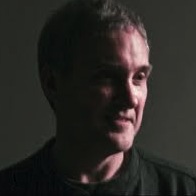 Ron MacLean is author of the story collections We Might as Well Light Something On Fire and Why the Long Face? and the novels Headlong and Blue Winnetka Skies. MacLean’s fiction has appeared widely in magazines including GQ, Narrative, Fiction International, and elsewhere. He is a recipient of the Frederick Exley Award for Short Fiction and a multiple Pushcart Prize nominee. He holds a Doctor of Arts from the University at Albany, SUNY, and has been a proud member of team Grub since 2004.

See other articles by Ron MacLean