Countdown to Muse 2022: Finding Your People by SJ Sindu

As we count down to the conference, we are asking presenters, agents, and editors to tell us about who has enabled or enriched their own writing or literary life, and how that relationship began. Our next presenter in the series is SJ Sindu, author of Marriage of a Thousand Lies, Blue-Skinned Gods, and, most recently, Dominant Genes.

It’s 2007. In the basement of an old college building in Lincoln, Nebraska, I’m discovering myself. My life will never be the same after the moments spent in this windowless room, a few hours a week over the course of the semester.

My instructor’s name is Timothy Schaffert, and he’s an author. He’s the person I want to become, and increasingly, I’m starting to think it’s possible. I sit at the front of the classroom every week, pencil in hand and a smile on my face. Afterwards, I bike back in the gathering prairie darkness to the house I share with my friends, where I’ll join the party that’s inevitably taking place without me.

I am forever grateful to those hours spent in a night class in a basement room in Andrews Hall at the University of Nebraska-Lincoln in 2007 with Timothy Schaffert. He not only gave me a vision of the kind of writer I wanted to be, but also the kind of teacher I would try my hardest to channel. He taught me that a life of art, a life of the mind, is something worth aspiring to. Thank you, Tim. 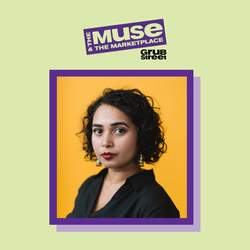