The Muse and the Marketplace 2019 kicks off on April 5th at the Park Plaza Hotel in Boston. This year’s theme is writing in a time of upheaval — whether such upheaval is personal, political, artistic, or all of the above. In anticipation of the conference, we’ve asked Muse 2019 presenting authors to describe a time when it was impossible for them to write, but they wrote anyway. How did they do it? What did they write? Our next presenter in the series is Anjali Mitter Duva, author of Faint Promise of Rain.

The question seemed an easy one:

Mention a time when you

Kept writing even though it was

And yet the question stymied me.

Ironically is what it took

To make me paralyzed!

I called a writing pal and said:

To say there hasn’t been a time

My writing plans were foiled!

She laughed and said: When you gave birth

To one child, then another?

Wasn’t it difficult to write

When you became a mother?

Your joints swelled up in pain--

You were then in an early draft

Of FAINT PROMISE OF RAIN.

You must be right, I told my friend,

And yet I don’t recall

A time, even through all of that,

I didn’t write at all.

I think about what writing means

Not merely pen to page

But feeling and observing all:

The joy, the fear, the rage;

And reading well, and choosing words,

Until we must let go.

Out of all that there came a book,

And now, nearly a second.

I kept my focus on a dream

You can catch Anjali’s craft discussion, “Writing Multilingual: How to Leverage Your Languages for Strong Fiction” on Saturday, April 6th at 10:30am at the Muse. For all the latest Muse news, follow #Muse19.

Anjali Mitter Duva is an Indian-American writer, dancer and educator raised in France. She is the author of Faint Promise of Rain, shortlisted for the 2016 William Saroyan International Prize for Writing and a 2015 Chaucer Award for Historical Fiction, and she was a finalist for 2018 Massachusetts Cultural Council Artist Fellowship. Educated at Brown University and at MIT, Anjali worked for a decade in urban infrastructure planning before co-founding and running Chhandika, a non-profit organization that teaches and presents India’s classical storytelling kathak dance.

Anjali is a frequent presenter and performer at conferences, libraries, schools and other cultural institutions. She collaborated with musicians and kathak dancer Anjali Nath to bring to life segments of her book at Boston’s Museum of Fine Arts. She has lectured at Rice University (TX) and Claremont College (CA), as well as at many other venues throughout New England, and has presented at numerous literary conferences and festivals including the Writers’ Digest Conference, GrubStreet’s the Muse and the Marketplace, and the Brooklyn Book Festival.

She is the co-founder of the Arlington Author Salon, a quarterly literary event in the Greater Boston area. She is fluent in French and conversant in Spanish and Italian. Anjali is currently at work on her second book, set in 1850s Lucknow during the waning years of the Mughal Empire and the start of British rule in India.

Visit Anjali at www.anjalimitterduva.com and connect on Twitter and Instragram @AnjaliMDuva 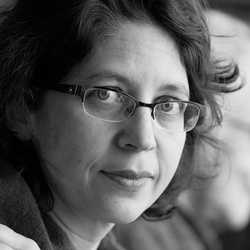