The Muse and the Marketplace kicks off on May 1st at the Park Plaza Hotel in Boston. In anticipation of the conference, we collected micro-interviews written by authors, agents and editors who will be attending the event. This is the second in the series.

1. What is the toughest criticism to give or receive on writing?

When I sat behind the big black desk at Simon & Schuster and Plume, I rejected 75% of the submissions sent my way. There were multiple reasons for rejecting a project -- perhaps it was not the type of book that my company did well, perhaps we had a book too similar already on our list. But the most common reason a book was rejected (especially a novel) was simply that the book didn't "click" with me. My go-to line was "Every novel deserves a wildly enthusiastic editor, and I just didn't love it." Is that a tough criticism to give? Not really. Is that a tough criticism to receive? Most definitely. It feels like the very worse kind of rejection because there is nothing an author can DO about it. It's not (necessarily) about making the prose more zippy or eliminating that tertiary character or changing the ending. An editor telling you that they didn't "love" your novel seems arbitrary and could lead to a feeling of powerlessness.  You might say to yourself "What's Love got to do with it?" Well, in fact, it's all about love. Rather than be consumed with the thought that  your novel will never get published, choose to believe what is true: that the novel that you lovingly conceived and attentively revised needs an editor who is equally loving and attentive so that it is published well. Maybe four editors will not "love it," but, as in life, a pot only needs one lid.
2. Is writer's block real?
Is this a real question? (smile) Every writer gets stuck, gets frustrated, gets confused, and/or goes blank. By asking yourself why the block as happened, the unblocking can begin. Is there a persistent fear whenever starting a piece of writing? Did you have a strong vision for the beginning, but got lost in the middle? Does sitting down to write always feel like starting from the beginning? I was once on a panel with a poet (her name slips me at the moment), who described the writer's wound. That's when someone in your past criticized your writing and planted a pernicious seed of self-doubt. If there was ever a reason for writer's block, that is one. More than likely, you've exaggerated that person's comments. Forgive them and heal. Often, we haven't fully given ourself permission to write, and so we don't prioritize our writing. Creativity is a muscle that needs to be exercised. If you commit to writing regularly, the muse will better know when to show up. And then there is another type of writer's block -- the type that gets you stuck in the middle. I had a boss who told me a very wise thing: If you can't make a decision, it's probably because you don't have enough information. I think that works in writing as well. Your characters should drive the plot. If you don't know what your protagonist is going to do next, you probably need to get to know your protagonist better. The ultimate remedy: Listen to the voices that bubble from your spirit; block out the extraneous noise.
3. Can social media make you a better writer? Or is it just a distraction from actually writing?
Your tweets and status updates will not make you a better writer, but they just might make you a better author. These days, authors are expected to do the heavy lifting when it comes to marketing, and becoming skilled at creating a community around you is very wise. Is it a distraction from actually writing? Only if you haven't scheduled a separate time for writing. We can't write all the time. We have to exist in the real world in order to create a parallel one.
4. Activism in literature: should a work of literature serve as a platform for changing the world, or is it better to not mix politics and literature?
What an excellent question. Many years ago when I was a fresh faced 19 year old, I made a decision to pursue publishing based partly on the fact that books have lasting impact. Any single book introduces the reader to a new perspective on a given situation, an opportunity to develop sympathy or disgust with its characters. Isn't that a platform for changing that person's world? Combine this with the fact that a single book connects all who have read the book in the past and in the present, and then you have, most assuredly, the platform for changing the world. We all can't write 1984 or Animal Farm, and we shouldn't. But all literature shapes our understanding about our world.

Did you know that Cherise will be at the Manuscript Mart?  Spots are still available if you'd like to consult with her. Sign up here, but don't wait--the deadline to submit your manuscript is NEXT Monday, April 6th by 12pm.

Twenty-year publishing veteran Cherise Fisher began her career in publishing as the assistant to the Editor-in-Chief of Dell, an imprint of Bantam Doubleday Dell. She later moved to Simon & Schuster, where she built a strong list of fiction and non fiction titles covering a broad spectrum of topics, including Christianity and spirituality, relationships, parenting, business and career development, beauty and lifestyle, sexuality, health and fitness, pop reference and pop culture, illustrated books and commercial African American fiction. Her extensive trade paperback experience shaped the success of Plume’s publishing program. Plume is a trade paperback division of Penguin, USA, which publishes between 85-95 books a year. Bestselling and award winning authors published by Plume includes Tracy Chevalier, Eckhart Tolle, Jenny McCarthy, Ayn Rand, August Wilson, and Karen Joy Fowler, among many others. 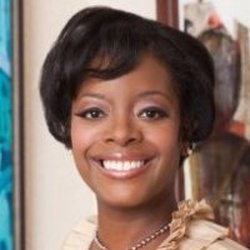