The Muse and the Marketplace kicks off on May 1st at the Park Plaza Hotel in Boston. In anticipation of the conference, we collected micro-interviews written by authors, agents and editors who will be attending the event. This is the first in the series.

1. Do you listen to music as you work, or do you need the sweet sounds of silence to concentrate?
I used to listen to music when I reached the end of a book: I wrote the last chapter of First Light while listening to Thomas Tallis's motet "Spem in Alium," a piece whose effect is like staring into the sun. But now that I'm older, I find music a distraction and don't listen to it while writing.
2.    What’s one piece of advice you’d like to give to writers?
Keep reading. Love what you read. Study it. Study the great masters. Don't feel obligated to read whoever is hot right now. Read the work that has endured.
3. Activism in literature: should a work of literature serve as a platform for changing the world, or is it better to not mix politics and literature?
Plato thought that literature (poetry) should not be disrespectful toward a society's leaders. Stalin thought so too, as did Hitler. They thought that literature should be political, i.e., it should support the state apparatus, and it should be uplifting. Politics and collective action are the correct means to forward progress; literature can aim in that direction and help to change consciousness, but that's about it.
4. What is the toughest criticism to give or receive on writing?
Sorry, but this novel/poem/story is terrible.

Charles Baxter is the author, most recently, of Gryphon: New and Selected Stories, published by Pantheon in January, 2011. There’s Something I Want You to Do will be published in February, 2015. He is also the author of The Soul Thief, published in 2008 by Pantheon and Saul and Patsy, published in 2003 by Pantheon. His third novel, The Feast of Love (Pantheon/Vintage), was a finalist for the National Book Award in 2000 and has been made into a film starring Morgan Freeman. He has published two other novels, First Light and Shadow Play, and four books of stories. He has also published essays on fiction collected in Burning Down the House (Graywolf) and Beyond Plot, and has edited or co-edited several books of essays, The Business of Memory, published by Graywolf; Bringing the Devil to His Knees, published by The University of Michigan Press; and A William Maxwell Portrait, published in 2004 by W. W. Norton. He has edited the stories of Sherwood Anderson, published by the Library of America in 2012. He now lives in Minneapolis and is currently the Edelstein-Keller Professor of Creative Writing at the University of Minnesota. His work has appeared in The New Yorker, The Atlantic, The New York Review of Books, and Harper’s, among other journals and magazines. His fiction has been anthologized in Best American Short Stories seven times and eleven times in The Pushcart Prize Anthology and translated into many languages. 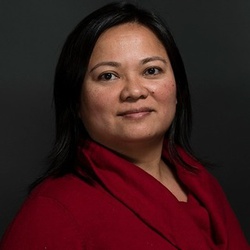