"How Is The Story Told About Me Different?" Imagination and Reality with Grace Talusan

Though Muse and the Marketplace 2020 was sadly cancelled, we still want to share blog posts that presenters wrote about our theme “Imagination and Reality.” In this blog series we asked presenters to explore the boundaries between fact and imagination, and how each contributes to great writing. Here, authors have selected a passage from their own work, highlighting in green which elements came roughly from their direct experience, memory, or fact; while highlighting in blue which elements came from their imagination or speculation. In this post, Grace Talusan shares an excerpt from her memoir The Body Papers.

Under Reagan, the government did not force us to return to the Philippines before proceeding on the pathway to U.S. citizenship. I think about this now, while families are being separated at the southern border, while thousands of the most vulnerable people are subject to deportation, while thousands march in protest. Is this the same government that decades ago kept my family together? Soon after Trump’s inauguration and the first Muslim ban, even though I had lived in America since I was two years old, I felt the tectonic plates of identity shift. I started carrying my U.S. passport with me whenever I left the house. I was not really welcome in America. At a moment’s notice, I might be forced to prove that I had the right to walk these streets and teach in my classroom.

Curious about what I might find, I submitted a FOIA request. Six months later, the government sent back almost a hundred pages of immigration-related documents with my name on them. In the summary letter, I was informed that one and a half pages were withheld by U.S. Citizenship and Immigration Services along with an additional eight pages withheld by U.S. Immigration and Customs Enforcement (ICE). I read that the withheld material might contain information related to the enforcement of criminal laws and the protection of law enforcement processes. The dozens of pages I had in hand seemed weightless compared to the heavy burden those missing pages placed on my mind.

I am obsessed with all the ways we make up stories and how these narratives impact not only the ways we feel about ourselves and each other, but how these ideas can be so powerful that we end up with inhumane situations such as the one we have now at our Southern border. If you haven’t looked away like I am always tempted to, then you have also seen these images: People crowded behind fencing, small children fending for themselves, the sick dying from ignorance and neglect. What stories made this situation possible?

Because of my experiences as a formerly undocumented immigrant, as a woman of color, as a survivor of sexual assault, and as a person who tends to feel marginalized and invisible in this society, I supported my writing with documentation, as people say these days, “receipts.” I would need more than my feelings and thoughts to be taken seriously so I requested for government documents. I was so moved by the anonymous bureaucrat who capitalized and underlined, CHILD, on the arrest planning paperwork. They were humane. I was a child who had been living in the US since the age of two, growing up in a small town with my three American citizen siblings. Eventually, I had relief and a pathway to citizenship under President Reagan’s 1988 Immigration Reform and Control Act. How is the story told about me then different from the stories they tell about people on the Southern border now? Why?

Grace Talusan was born in the Philippines and raised in New England. As a toddler, she came to the US with her parents from the Philippines. She grew up in New England and became a US citizen in her twenties. She thought she was going to be a physician, like her parents, but while attending Tufts University, she decided to become a writer. She graduated from the MFA Program in Writing at UC Irvine and then taught in the creative writing program at the University of Oregon. She returned to Tufts University, where for many years, she taught writing in the English Department and courses in the Jonathan M. Tisch College of Civic Life at Tufts University. She is the recipient of a U.S. Fulbright Fellowship to the Philippines and an Artist Fellowship Award from the Massachusetts Cultural Council. She has published in Brevity, Creative Nonfiction, Boston Magazine, The Boston Globe, The Rumpus, and many others. She is a longtime member and teacher at GrubStreet, an independent creative writing center, and lives outside of Boston with her husband. Currently, Talusan is the Fannie Hurst Writer-in-Residence at Brandeis University. The Body Papers, winner of the Restless Books Prize for New Immigrant Writing, is her first book. For more, go to www.gracetalusan.com. 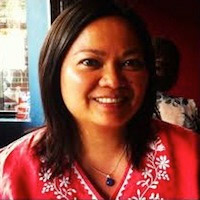 Grace Talusan lives in Somerville and teaches writing at Tufts University. She has published essays and stories in Creative Nonfiction, The Boston Globe, Brevity, Buran, Tufts Magazine, Colorlines, and other publications. She earned an MFA from the University of California, Irvine and a Massachusetts Artist Grant in Fiction.

See other articles by Grace Talusan 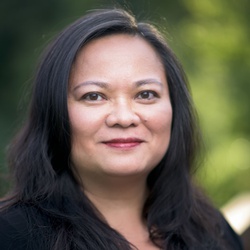