Twice a month, we feature our favorite literary links. As ever, we promise: You’ll laugh. You'll ponder. You won’t get any writing done.

In The Guardian, from Dickens to Ishiguro, Catherine Lacey discusses why her favorite book openings compel her.

[Ed.'s note: Working on your own novel opening? Try Jumpstart Your Novel, starting next week!]

BookRiot rounds up one hundred must-reads for the bizarre at heart.

"I got your weird right here: 100 must-read strange and unusual novels."

"As we watched not one but so many Asian American artists command the stage, feuding and scheming and falling in love as great characters do, it made me wonder why something so easy has to be so rare." In Hazlitt, former Toast writer Nicole Chung introduces her young daughter to Shakespeare through an Asian American production of The Winter’s Tale.

"Magic Can Be Normal."

And because we can't get enough of Shakespeare this week, and to celebrate the start of the season, from The Millions:

On YouTube, the first trailer for Ava DuVernay's adaptation of A Wrinkle in Time. (Oprah, and Mindy, and Chris Pine, oh my!)

"A Wrinkle In Time Official US Teaser Trailer."

And as if that didn't fulfill your might-explode-with-anticipation-for-this-adaptation quota, from The New Yorker, the web series that is reimagining Middlemarch through an LGBTQ+ lens.

"'Middlemarch' gets winningly adapted as a web series." 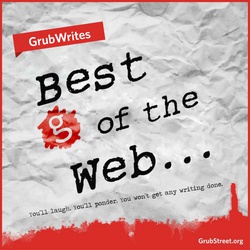