When we begin writing our books, we feel an urgency to catch the reader up, bring them over the hurdles of history in our story. We have a lot of past to pass along. We think this past is essential:  If the reader doesn’t know Jane was traumatized as a child, how will she understand why Jane is so careful with her adult relationships?  If the reader doesn’t know the entire history of the Scout troop, will he get why the boys are intensely loyal to each other?

But what’s more important-to make sure your reader understands why you are telling this story?  Or to get that reader engaged so they'll keep reading?

To really understand when backstory is great and when it puts your book in danger, you first have to understand why you’re writing it.  You have to make the shift from the writer’s chair to the reader’s.

In my book, Your Book Starts Here, I talk about a cardinal rule I learned as an editor for eighteen years.  It’s a rule often broken by well-known writers, but first-time book writers are wise to at least pay attention to it, since their name won’t necessarily sell their manuscript.  I learned it’s most effective to place backstory after the first four chapters, ideally after act 1.

Why?  Readers need that much time to get engaged in the present-time story.  They are doubtful at first about your characters and their conflicts, and want to get to know them.  Just like meeting someone at a party, you spend initial time watching them, listening to their voice, noting whether their actions and speech feel congruent, seeing how they treat others, how often they laugh or smile.  In short, you need to experience the person in the here and now.  If they launched into their gory past, right off, you'd not be totally sure if the backstory was reliable.  You don't have enough context for it yet.

Context is everything in backstory placement.

What if your book has an enormous amount of backstory--almost equal to the present-time story?   If backstory is at least 40 percent of your total book, then you have two stories.  You need to create two storyboards to track them.  A good example of this is Cheryl Strayed's memoir Wild.  She runs two separate stories in that book:  her thru-hike of the Pacific Crest Trail, the present-time story, and her family's story, the backstory.  Both are equally important.  When I diagrammed Wild in two storyboards for my last workshop at Grub Street, writers remarked how neatly the two stories are woven.  Strayed uses small amounts of backstory early in the book, but the PCT hike is primary until we get to act 2.  By that point, we are hooked and ready to read about her past.  But even in act 2, the present-time story continues to dominate, which keeps the momentum strong.

Defining Backstory
Backstory is literally the background of the story.  It’s everything that happens before the book begins. It’s last year, ten years ago, a past war, and yesterday.

In both fiction and memoir, it's anything that happened before the first present-time chapter.  Backstory is all memory, all flashing back to another time (flashbacks are backstory).  Taken in small bits, backstory can be extremely useful to reveal motive, just enough history, to flavor a particular moment in the present.   Knowing the backstory of Strayed's decision to hike is essential.  But first we need to get on the hike.

Wild works because backstory is woven in very carefully.  We are never away from the main present-time story for long.  Backstory, used in large chunks--several consecutive chapters, five or six pages lumped together during a tense scene--can pull a reader right off your tale.  Why?  Because backstory happened then.  We’re really most interested in now, because now is where the story’s highest energy is.

This, of course, is your reader talking.  It’s rarely your opinion, as the writer.  And that's why writers get in trouble with backstory placement.

Here's an example of how poorly placed backstory feels to a reader:  Imagine sitting in a theater, something exciting happening onscreen, when the usher takes a small break to stop the film and tell us what happened last year when the movie was made.  Not as exciting, is it?  Even irritating, yes?  Even if told in a very engaging way, the past is not what most of us came for.  We came for what’s occurring most vividly in front of us.

Mystic River author Dennis Lehane emphasized this.  Lehane is noted for his intense psychological dramas.  He said he has an alarm bell inside that goes off whenever he begins to write backstory, that forces him to ask its purpose.  Books can be beautiful without any backstory (he cited The Verdict, made into a movie with Paul Newman as one example).   Question your need for backstory, he advised writers, and don’t use it if you don’t have to.

But like knowing when and where to use the device of “telling” in place of “showing,” I also find there’s a positive place for incorporating backstory.   In fact, it’s all about placement.

When Backstory Helps, and Why
While I was working on my first novel Qualities of Light, I decided to ditch all my backstory.  I wanted my book to have plenty of momentum, be a real page-turner. In the process my manuscript shrank from 120,000 words to 80,000.  I created a huge file of jettisoned background scenes.

Back then, I had a wise writing instructor whose theories about backstory weren’t as black-and-white as mine.  A skilled memoirist and fiction writer, she knew how to weave just enough backstory in without burdening the reader.  I hired her to read my manuscript and give me her honest opinion about whether it was better sans backstory.

She thought the book had much more momentum, yes.  It was now “alive and engaging,” but it almost moved too fast, she said.  There were places where the emotional potential was not quite realized.

So she asked me to try a writing exercise (the one below).  I was to list the most emotional moments of my main character’s story, the important turning points.

I found fifteen moments in the book where I felt Molly, my heroine, made a turn inside.  These were times where she realized or faced something important, not an everyday moment but a major one in the story.

My writing instructor knew of my huge backstory file--I’d bragged to her about how much I’d deleted from the manuscript.   She suggested I go on a treasure hunt, scanning the pages for any small memory scenes that might connect to Molly’s turning points.

I would probably need to substantially reduce the amount of space these backstory scenes took, she warned me.  In other words, I’d have to edit them down from the original version because effective backstory was short, sweet--very fleeting.  We agreed that it took three chapters for readers to engage in the present story. Luckily, Molly didn’t have many turning points in those early chapters, so I wouldn’t bring in any backstory until chapter 4.

I read my backstory aloud, carefully selecting any small bits--one-liners to two paragraphs--that sang especially loud.  I found ten good sections, I wrote three more anew.  I considered two whole chapters of backstory, short and tight, and decided they were useful too:  one explained the major accident of the book, one the major relationship, and I used the first as chapter 4, the second as chapter 12.

It’s hard to describe the difference these moments made.  I know it’s one of the reasons my book got accepted by a publisher--because there was a subtle emotional wave that began rising via the tiny spots of backstory, a wave that wasn’t there before.

I learned two things from this book-changing exercise.  One, backstory is not a villain. It is just another tool in the writer’s toolbox, a useful device to up the drama if employed carefully.  And two, it’s terribly important to keep it short, and keep it connected with something in present time.

As long as I used backstory only a tiny bit each time--and linked my flashbacks to what was happening in the main story here and now--they didn't detract from the present story.  They made sense in the sequence of action, too--they weren’t a different movie, in other words.  Molly is facing something big, and she naturally slides back to another time when this happened and it didn’t go well.  If this connective tissue is not present, readers wonder why a narrator flashes back just then, and why to that particular moment from the past.

The backstory will feel as awkward as text pasted in the wrong place.

A Backstory-Placement Writing Exercise to Try
1.   Read through several chapters or sections of your manuscript.
2.   Highlight any important turning points.
3.  Look over any backstory you've saved.
4.  Using very small amounts, add backstory to these sections.
5.   Read them again. Does the backstory improve the emotional impact of the turning point or weaken it?

Mary Carroll Moore's one-day workshop, “How to Plan, Develop, and Write a Book,” will help writers explore the inner and outer stories of their novels, memoirs, and nonfiction books on Saturday, October 18, 10:00 a.m. – 5:00 p.m. at Grub Street.  This class often sells out, so click here to register soon. 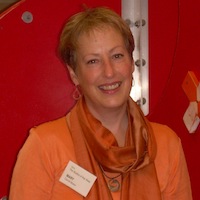 Mary Carroll Moore’s thirteen published books include the award-winning Your Book Starts Here: Create, Craft and Sell Your First Novel, Memoir or Nonfiction Book, based on her How to Plan, Write and Develop a Book writing workshops; PEN/Faulkner nominated novel Qualities of Light (Bella Books); How to Master Change in Your Life: Sixty-seven Ways to Handle Life’s Toughest Moments (Eckankar Books); Cholesterol Cures (Rodale Press), and the award-winning Healthy Cooking (Ortho Publications). A former nationally syndicated columnist for the Los Angeles Times, over 300 of Mary’s essays, short stories, articles, and poetry have appeared in literary journals, magazines, and newspapers around the U.S. and have won awards with the McKnight Awards for Creative Prose, Glimmer Train Press, the Loft Mentor Series, and other writing competitions. She teaches creative writing in New York, Boston, New Hampshire, and Minnesota and writes a weekly blog for book writers at http://howtoplanwriteanddevelopabook.blogspot.com.