“The Best Part is When I'm alone in a Room and Something Magical Happens”: Erin Almond talks to Steve Almond

Read on for an interview with Erin Almond, author of the debut novel Witches’ Dance, faithfully conducted by her husband, author and GrubStreet instructor Steve Almond. Steve has taught at GrubStreet since 1998, and Erin has been taking classes here since 2002.

In anticipation of Erin Almond’s book launch at Harvard Book Store on Wednesday, November 20th, the two authors talk about how to get writing done as a parent, virtuosity in art, and how to handle rejection by separating the writing and the publishing aspects of your projects.

I love my wife’s new novel. But don’t take my word for it. Ramona Ausubel calls Witches’ Dance “a symphony of genius and insanity,” Grub Goddess Jenna Blum promises the book will “mesmerize you,” and the litany of praise goes on and on.

What’s most impressive about Witches’ Dance, to me anyway, is that it manages to make classical music super hot. The novel tracks the volatile and erotically charged relationship between Phillip Manns, a violinist who believes himself to be the reincarnation of Niccolo Paganini, and Hilda Greer, his rebellious student.

There are sex scenes, of course. But the sexiest moments in the book are the ones that capture how music transports us to a place where we come to know our own souls.

In anticipation of our event at Harvard Bookstore, Wednesday, November 20th, I sat down with Erin and—after dead-bolting the door to keep our three young children at bay—asked her to talk about Paganini, her path to publication, and, of course, her former life as a heavy metal guitarist.

Steve Almond: You’ve been at work on Witches’ Dance—on and off—for many years, and many drafts. What’s at the heart of the book for you?

Erin Almond: The violin. When I first sat down to write, I started with my own vague longing for that instrument, and my grief over the fact that—despite enrolling in a conservatory right out of high school—I would never be a professional musician. Much of the work I did in revision was trying to transform that vague longing into a specific emotional experience for my characters, to bring them to life on the page.

SA: That makes sense, because one thing that shines through every version of the book I’ve read is your love for the violin and what it feels like to play that instrument. You’re able to capture that sensual and emotional experience so purely. But as we both know, Hilda Greer, your teenage violin prodigy, also has a secret life in heavy metal. Can you talk a bit about your own history and the tension between your love for Paganini and your love for, say, Metallica guitarist Kirk Hammett?

EA: When I began playing the violin at nine years old, I really loved classical music, but as a teenager, heavy metal felt much more relevant to my life. I wanted to rebel against my strict religious upbringing. I also felt angry and overlooked in other ways, and songs like Metallica's "Fade to Black" spoke to that frustration and made me feel less alone. I also worked at a music store and played in various bands. But I eventually got tired of being told that I was a good guitar player "for a girl," and as an older teenager I became obsessed with virtuosity. Which led me right back to Paganini and to classical music, because Paganini's technical virtuosity—he was basically the world's first rock star—is the foundation for so many of the heavy metal tropes we know today.

SA: Okay, I need to pause to note a couple of things for the record. First, your teen metal band was called The Virgin Saints. Second, I believe it was an all-girl band, right? Please (please, please) tell me that there are extant recordings of the Virgin Saints. And if there aren’t, I think you owe it to posterity to share a lyric, or at least a song title or two.

EA: Ah yes, the Virgin Saints. I'm sad to say that music has been lost forever, in the misty vale of Pre-Internet Time. I do remember co-writing what I thought was a pretty revolutionary rap song called "Men Suck," and another one called "F*@k Off" but if I'm honest we were mostly playing AC/DC and Motley Crue covers.

SA: Did you guys play any gigs? I ask because Witches’ Dance has this awesome scene, set in a scuzzy rock club, that feels very based-on-real-life.

EA: The Virgin Saints and my other bands—they all had names like Royal Blue and Firefoxx—never made it out of the practice room. But I did hang out in a lot of rock clubs. And I loved those places, scuzz and all! The club that I call The Fishwife in the book is based on a real club that used to be on Green Street in Worcester called the Lucky Dog. The Rolling Stones really did play a surprise gig there in the Eighties, which I reference in the book.

(Erin Almond in high school when she was part of a band called The Virgin Saints.)

SA: I want to return to this idea of virtuosity. I’ve heard you talk about leaving the conservatory because you realized that you were never going to be a violin virtuoso. What’s interesting to me is that you wound up as a novelist, which, I would argue is an equally brutal discipline.

EA: Yeah, it does seem a little ridiculous, looking back, that writing was my fall-back vocation. But I realized at the conservatory that writing came much more naturally to me. I was always a little too self-conscious to be as loose as I needed to be as a musician, and I think there's something about the solitary nature of writing that allows me to get into a flow state more than I ever could as a musician. I also had the experience at the conservatory of seeing people accomplish in minutes what would take me hours of practice to do, so there was even a time aspect to it. In music and writing, putting in the work will take you further than raw talent, but it can be disheartening to be surrounded by peers who don't seem to have to work as hard for it.

SA: For all the parents out there, I want to note that you started Witches’ Dance in grad school, and continued to revise it in the midst of birthing and raising three amazing but exhausting children. Can you speak to this?

EA: Well, you were right there too, on the front lines with me, so you know how difficult it is to balance home life with writing life. But every writer, unless they’re independently wealthy with no family, has to balance writing with other obligations. In my twenties, when you and I first met, I was balancing fiction writing with a full-time job as a tech writer. And most of my weekends were devoted to my dating/social life, which felt as important at that stage of life as family life does to me now.

When our kids were babies, we hired babysitters so I could work on my novel. This is something many parent writers don't talk about, that it's pretty much impossible to write while being a full-time caretaker unless you have an involved grandparent or can pay for someone to do some caretaking for you. I felt very guilty about the babysitting, at first. But it didn't take me long to realize that I'm a much better parent and partner when I have the ability to devote some of my time to the creative projects that feed my soul.

SA: My last question is the one all Grubbies struggle with: How did you deal with rejection? I ask because I know how close Witches' Dance came to getting published a couple of times.

EA: Oh gosh, rejection ... that's really baked into the whole process, isn't it? I really did give up on the novel several times. I remember Ann Patchett giving a keynote address at one of the Muse and the Marketplace conferences in which she talked about the experience of reading for the Best American Short Stories series. Her basic take was that writers churn through short stories until they know they've got something special. But when people work on a novel, even when that novel is clearly not working, they hold on for dear life. I remember being in the audience during that talk and having this sinking feeling. Oh my god, that's me!

But when I put Witches' Dance aside and tried to work on other projects, I always came back to it. Whatever I was trying to exorcise through that story, I wasn't going to get rid of until I finished the book to my own satisfaction—whether or not that resulted in publication. And my mindset really changed at that point. I wasn't thinking, “I'm working on my first published novel." I was thinking, "I'm exorcising some demons here, and the only way that can be done is to see this thing through to the end." I knew I was finally done when I was able to start something new, and that was before I had the publishing contract for Witches' Dance.

So I guess part of what worked for me—and maybe this will be helpful to others—was to separate the writing and the publishing aspects of the project. Writing a novel is such a long and difficult process that I can't imagine doing it unless I felt, in some way, that I needed to write that book. Although I very much wanted it to be published, I had to accept at a certain point, that that part of it was largely out of my control. I mean, I did all the things you're supposed to do: I sent out query letters and got an agent and went through revisions with her. It came really close with a couple of editors at big houses who couldn't convince the team, and then I had to decide if I wanted to end the process there or seek out an indie publisher on my own. I'm so glad I did seek out an indie publisher because Lanternfish Press has been a wonderful home for Witches' Dance.

As fiction writers, once we free ourselves from the tyranny of the marketplace, we have the unique ability to define for ourselves what constitutes "success” and “failure." For me, failure would have been giving up on this book. And success, for me, was finishing it to my own satisfaction. It took me many years to come around to that point of view, and I'm sure it's different for every writer.

Even as a published author—and I'm so excited that people are finally reading Witches' Dance!—the best part, for me, is still when I'm alone in a room and something unexpected and magical happens on the page.

Erin Almond will be in conversation with her husband Steve on Wednesday, November 20th at the Harvard Book Store. 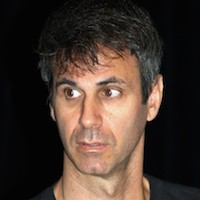 Steve Almond (www.stevealmondjoy.org) is the author of ten books of fiction and non-fiction, most recently "Bad Stories: What the Hell Just Happened to Our Country." He has three rambunctious children, one patient wife, and significant debt.

See other articles by Steve Almond 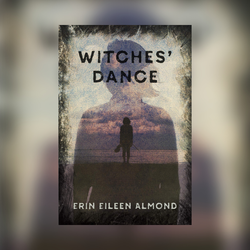